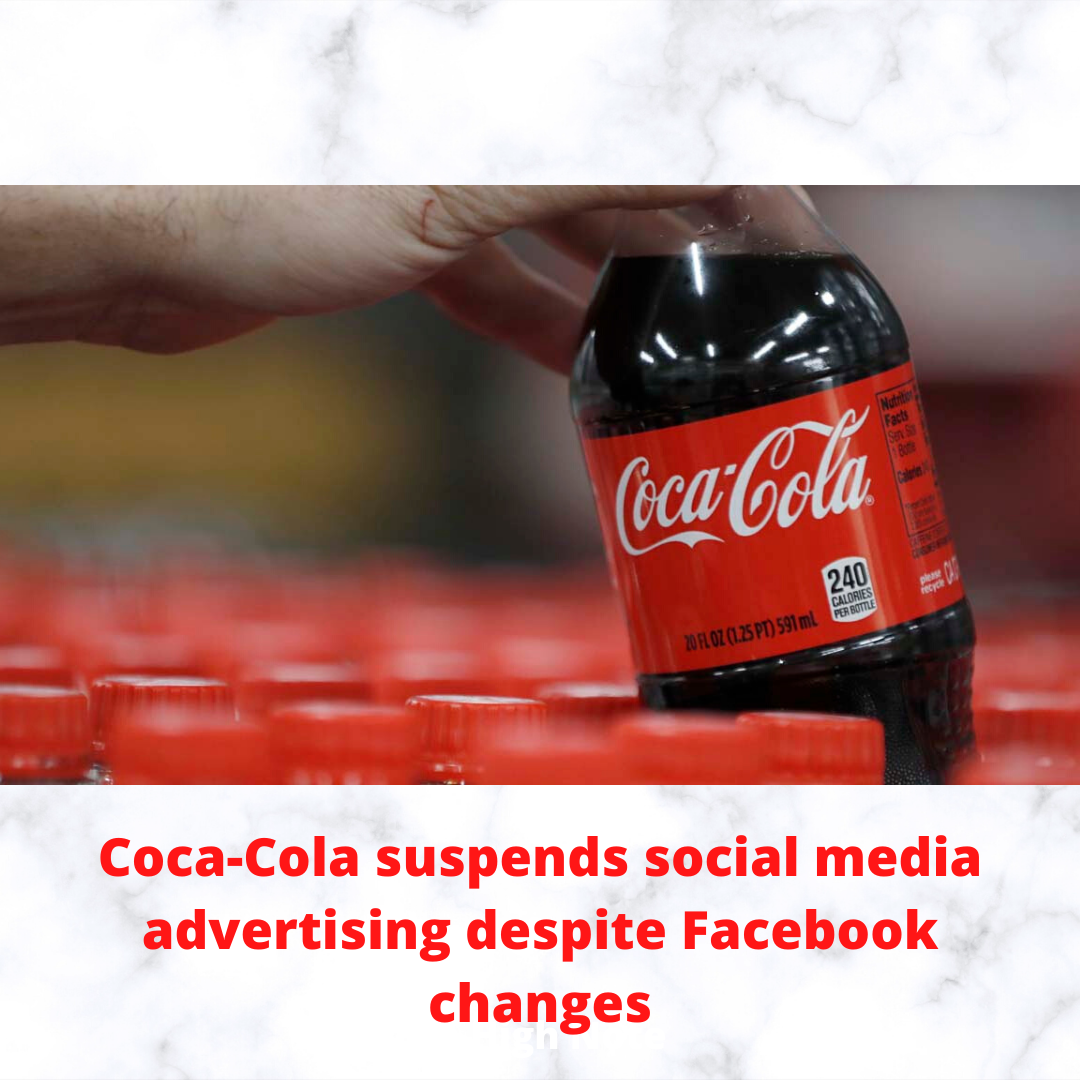 Coca-Cola will suspend all the digital media advertising on social media platforms globally for at least 30 days starting July 1st.

As Chairman and CEO James Quincey of Coca-cola said in the Friday Evening announcement;

It seems he demands “greater accountability and transparency” from social media firms.

This move is a part of a broader boycott of Facebook and Instagram organized by the Anti-Defamation League, the NAACP, and other organizations called the “Stop Hate For Profit” campaign.

Starting from Tomorrow, July 1st, The Coca-Cola Company will pause paid advertising on all social media platforms globally for at least 30 days, said on the statement from their official site.

Along with the Coca-cola, more than 90 companies have paused advertising in support of #StopHateforProfit.

As reported on Bloomberg, Facebook shares have felled 8.3% on Friday, eliminating $56bn (£45bn) from the company’s market value and knocking $7.2bn off Mr. Zuckerberg’s personal net worth as a result of the boycott.

We’ve opened ourselves up to a civil rights audit, and we have banned 250 white supremacist organizations from Facebook and Instagram. The investments we have made in AI mean that we find nearly 90 percent of Hate Speech we action before users report it to us, while a recent EU report found Facebook assessed more hate speech reports in 24 hours than Twitter and YouTube. We know we have more work to do, and we’ll continue to work with civil rights groups, GARM, and other experts to develop even more tools, technology and policies to continue this fight

Government of India bans 59 Chinese mobile apps including TikTok, Shareit, UC, and others.