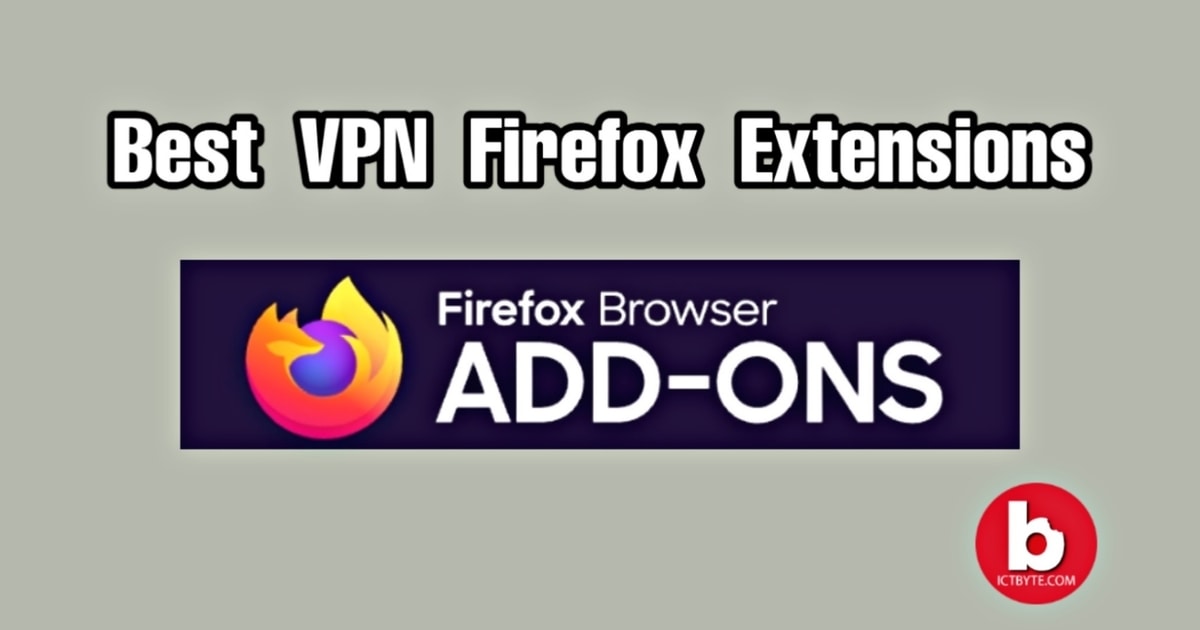 Many VPN extensions are available in the Firefox browser. Those users who use Firefox should use these extensions to surf safely on the internet. The extensions in Firefox uses much less data but still secures your internet activity. So, we have listed the best VPN Firefox Extensions with their features. Also, not all VPNs have an extension for Firefox.

Windscribe is a VPN that helps you with circumvent censorship, block ads, beacons, and trackers on websites. It offers unlimited device connections. Also, It has no logging of historical sessions or records of incoming or outgoing IP addresses or individual activities.

ExpressVPN is a virtual private network to protect privacy and security while using the internet. Express VPN keeps no connection logs and no activity logs, so no user can be matched to specific network behavior or activity. It is available on Windows, macOS, Android, iOS, Android TV, Linux, Chrome, and Firefox.

Hotspot Shield add-ons are one of the fastest VPN services which are completely free to use and provides unlimited bandwidth. It works on Windows, macOS, Android, iOS, Chrome.

Private Internet Access is a Privacy-focused VPN addon in Firefox which enables users to encrypt their network traffic and stay protected when online.  It adds security and privacy to private and public networks when you surf on the internet. It works on Firefox, Windows, Android, macOS, iOS, Linux, Chrome, and routers

NordVPN is one of the popular VPN. This add-on won’t slow down your connection and also incredibly easy to install and use. Also, it consists of an ad-blocker that really comes in handy. It is available on Windows, macOS, Android, iOS, Android TV, Linux, Chrome, and Firefox

If you want a VPN for a Great balance of performance and price then Surfshark is for you. It is simple to operate, its clean, and has an attractive interface. Also, Surfshark also offers completely unlimited simultaneous connections. Surfshark has 1000+ servers in 50+ countries. It works on Windows, macOS, Android, iOS, FireTV, Linux, Chrome, and Firefox.

So these are some of the best VPN extensions available to use in Firefox. Also, some of the VPN above may provide certain services for free. But to get some premium services you may have to buy those.