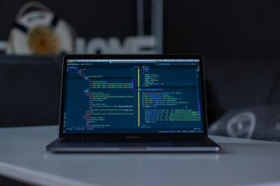 Computers and technology are dominating almost every field. Computers have become indispensable tools for completing any task in any field. Technology advances every day, either via the introduction of new technology or through continuous updates and advancements. As a result, programming languages are the most affected in the tech world. Technology has had a significant impact on the development of the business and field. In today’s world, knowing how to write a computer program is the most important skill to learn.

Let’s look at some of the most popular programming languages that programmers should study to advance their careers in the computer industry.

Along with HTML and CSS, JavaScript is a commonly used computer language for creating dynamic websites. JavaScript is a cross-platform, open-source programming language that is commonly used to create front-end apps that allow for website interactivity. It is simple to learn and does not require a unique learning environment. There is no requirement to have any prior coding knowledge to learn JavaScript. The JavaScript programming language includes several frameworks and libraries. Node JS, React JS, Vue JS, and Angular JS are some of the most popular libraries and frameworks for website development. These frameworks and libraries are used to build the website’s frontend and backend. The key features of JavaScript include:

Python is a general-purpose programming language with an extensive indentation that promotes code readability. It also uses an object-oriented approach that allows programmers to write clear and logical code, even for large-scale projects. Wide variety of applications, ranging from web development, machine learning, and data science use Python. Because it has a simpler syntax than other programming languages, it is simple to read, use, and learn, even for beginners.

It has an enormous library, including NumPy, TensorFlow, Keras, and others. Besides its library, it also has GUI programming support and is simple to integrate into other languages. Python programming has excellent online documentation that can assist even the most inexperienced learner.  Python simplifies AI and machine learning implementation. It also has various frameworks for backend web development, such as Django.

Although Java is the oldest programming language, it is still the most powerful. Java is a general-purpose, high-level, object-oriented programming language that adheres to the Write Once, Run Anywhere principle, making Java executable on any platform that supports Java without recompilation. It is simple to learn if one has a basic understanding of OOP.

Java is widely used in web-based applications, Android applications, and desktop graphical user interface (GUI) applications. Since Java offers many features, such as security, robustness, and portability, many developers trust it. Java is widely used by developers because of its significant community support and popular frameworks, such as Spring. Java is a platform-independent programming language. Because it is in high demand in the tech world, it provides excellent career opportunities for all programmers.

Kotlin is an open-source programming language that is mostly utilized in creating Android applications, web applications, desktop applications, server-side applications, and data science-based applications. Kotlin supports functional programming, which also compiles JavaScript. It is cross-platform because it runs on a variety of systems including Windows, Mac OS X, and Linux, and it is java compatible. Many prominent organizations, such as Google, Netflix, Uber, and others, use Kotlin to create Android apps. Kotlin is like Java, but with new features, making it simple to learn if you already know java. Nowadays, Kotlin is becoming increasingly popular, increasing career prospects.

Go is a general-purpose programming language created by Google in 2007 with the goals of simplicity, dependability, and efficiency in mind. For programmers, it includes a vast library and comprehensive online documentation. The compilation time is short, and concurrency support is built-in. The Go programming language has similar features to the C programming language. Large corporations such as Google, Twitch, Dropbox, and others use it. This language has recently gained a lot of favor among IT developers, and career opportunities are constantly expanding.

C, C++, C#, and PHP are some other programming languages to learn in 2021 if you want to advance your programming profession. 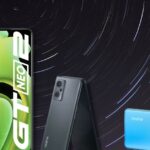 Realme GT Neo 2 Insight and its Price in Nepal

What is MDMS? Know Everything About MDMS! 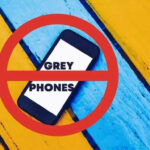 What is MDMS? Know Everything About MDMS!

September 24, 2022
List of Best Tech Gifts You Can Buy This Dashain- 5 Considerable Options 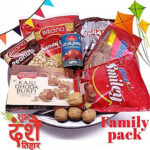 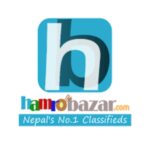 Hamrobazar CARnival 2022: Know what to expect!

September 22, 2022
How to block spam phones on iPhones? 2 useful methods 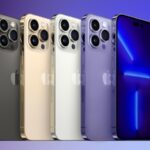 How to block spam phones on iPhones? 2 useful methods 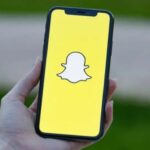 Snapchat: 10 Reasons why people love it