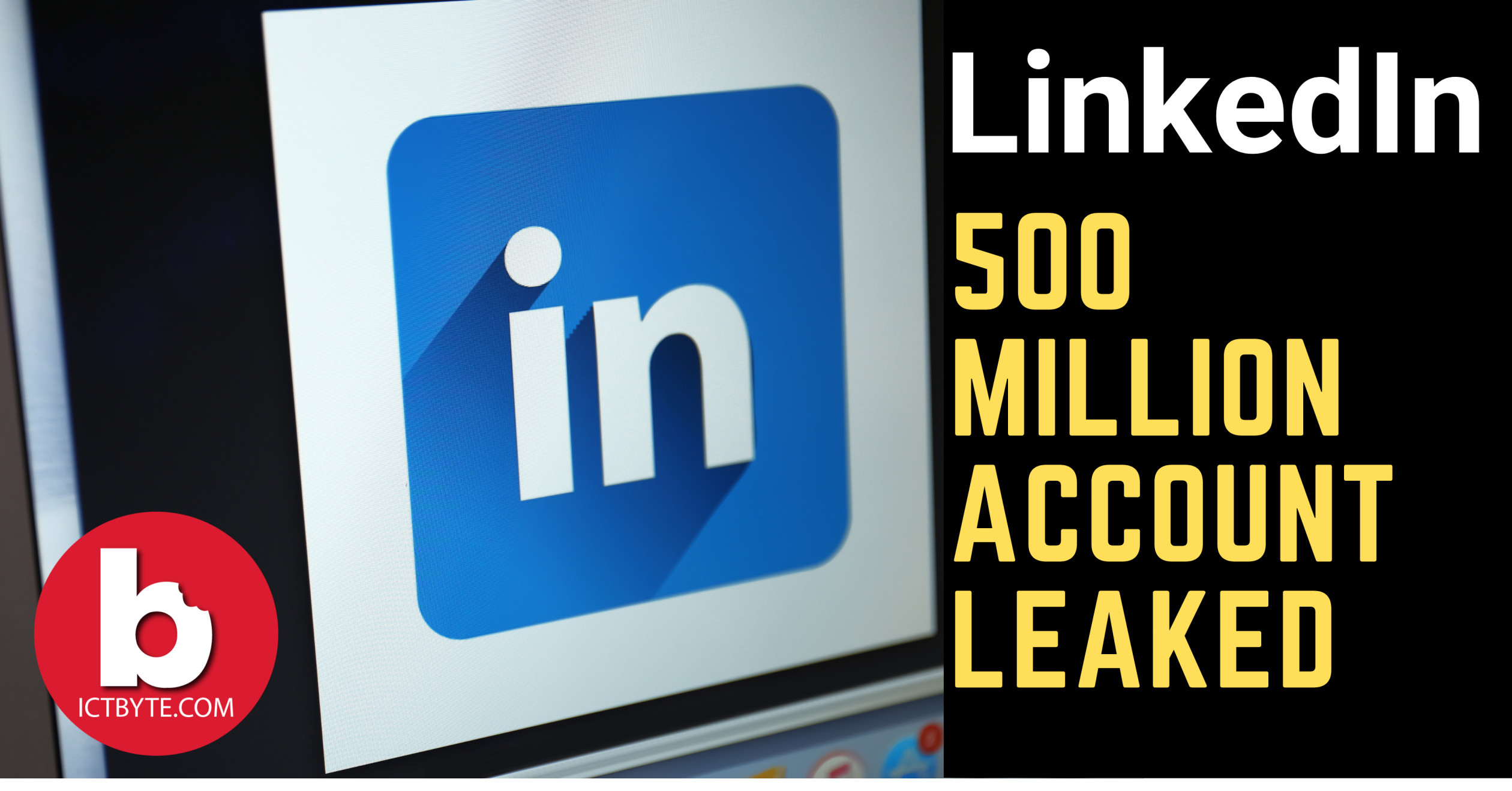 As in the reeling from the update that 533 millions of facebook accounts personal information has released and now it is freely available online. But currently the new updates have revealed another data float around the web. The microsoft owned popular social media LinkedIn has also confirmed that the data was breached over the internet. According to the news media CyberNews the potential data was leaked in a huge amount than a actual number. A forum of hacker has claimed of those data as they were scraped from the 500 million LinkedIn profiles.

In a sample of about 2 million of the profiles for sale of LinkedIn members’ consists of personal information like full names, email addresses, phone numbers, genders, and more were visible. But the LinkedIn have said that the data are belongs from many places. Those all data and informations were scraped from the professional and focused social network.

The company has also said that “no private member account data from LinkedIn was included”. which probably means the scraped data only includes information like which you are able to see on a public page. LinkedIn officially told to their users and other people that the data isn’t breach. The case of data breach is only comes true when it is proved that he data was scraped rather than collected by a hacker penetrating LinkedIn’s systems, but doesn’t do much for users whose data is now being sold on the internet.

LinkedIn will notify to their user if their data is breached. the super investigation on is going through the Italy’s watchdog.

We hope these guidelines help you to know Another 500 million accounts have leaked online, and LinkedIn’s in the hot seat. If any queries arise regarding this topic then ICT BYTE recommend you to comment below. Here, we are always active to help you so don’t hesitate to share your doubt.

How to get LinkedIn Premium and LinkedIn Learning for free?