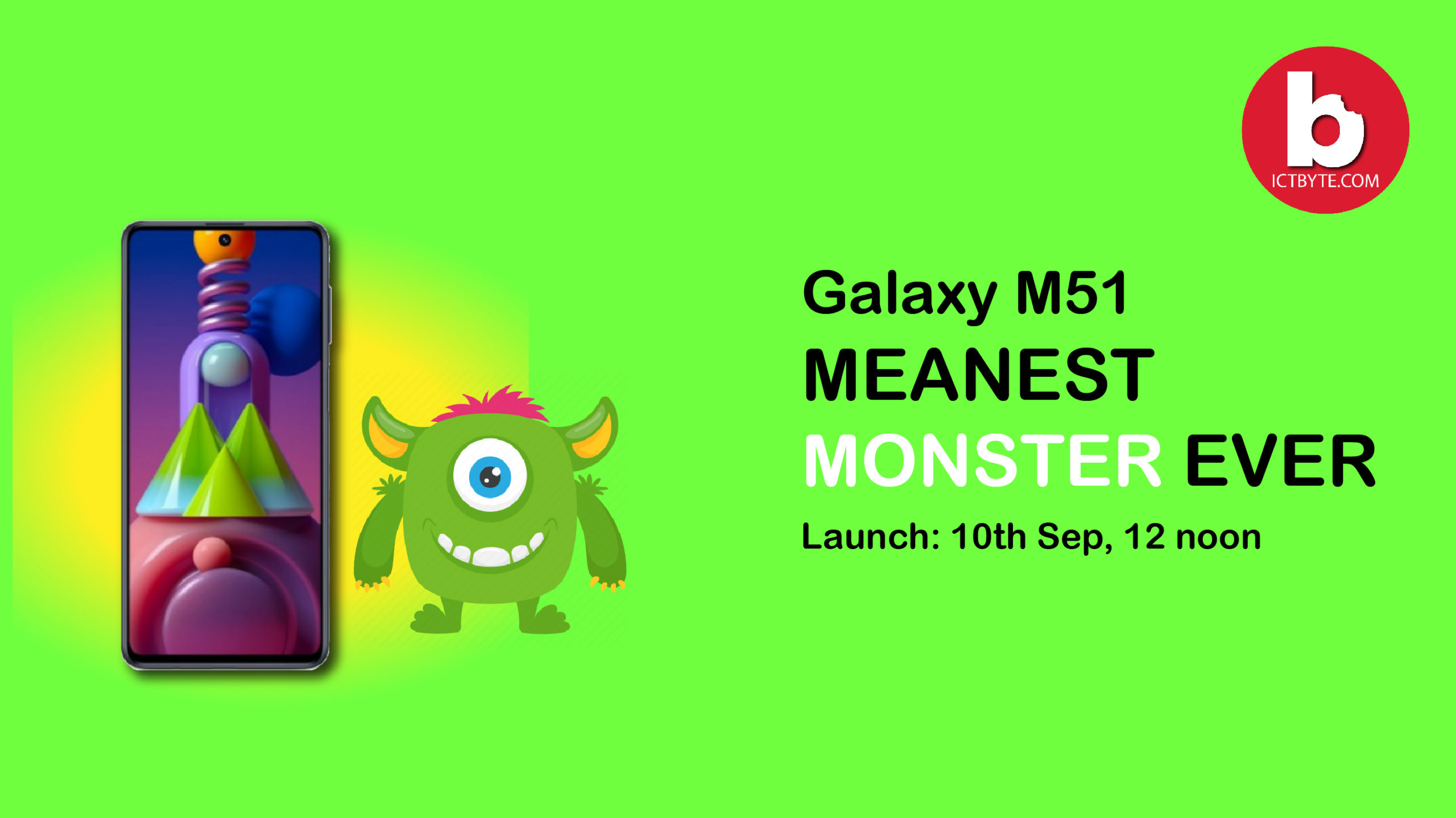 Following the Galaxy M31s smartphone, Samsung is now preparing to launch the Galaxy M51. The launch date hasn’t revealed yet in Nepal but the smartphone will be released soon. However, the smartphone has appeared on Samsung’s website recently giving hint for immediate launch.

The manufacture of South Korean smartphone is preparing for a new M 5 series after a long time. The Samsung Galaxy M51 has already been initially launched in Germany at price €360. Many of the specifications are out with the price tag. So, Let’s take a quick look at everything of what we have found so far.

The phone has a 6.7-inch Super AMOLED FullHD+ with a 20:9 aspect ratio touchscreen that gives users a superior screen experience.  This device has a glasstic design, similar to that of M31s.

The device comes with a Li-ion battery having a capacity of 7000mAh. With this battery, you can easily get over 2-3 days screen on time with ease.

This device is available in Black, Dark Blue.

Samsung Galaxy M51 has been launched in Germany with a price of €360. The Galaxy M51 will soon launch in the Nepali market.