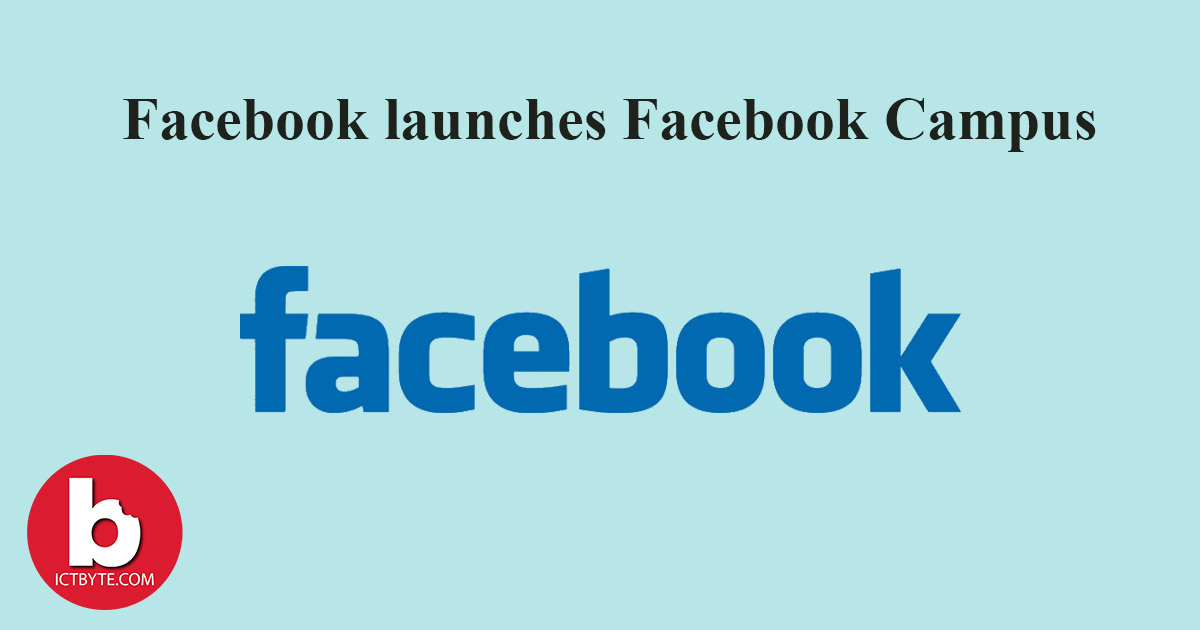 Facebook has launched a new section called the Facebook Campus as a section of the main app. This section is made with a focus on students to have a place where they can interact only with their peers from school.

With the Facebook Campus, they will also be able to see Campus-only news feed, as well as join groups, events, and group chat rooms, called the Campus chat.

To access this section of Facebook, you must provide your “.edu” email address, and also your graduation year. Once you get access to the Facebook Campus, you can create a new profile specific to that section, although your cover photos and other information of the user will still be there.  They will also have access to a “Campus directory” where they can find and friend other students.

The students also have the option to add more information such as hometown, major, classes, minors, and dorm which will help them find classmates with commonalities. According to Charmaine Hung, PM of Campus, the team opted for a separate profile because students might not want to share hyper-specific college information on their public profile.

Currently, this feature is not available for all colleges, and is just being piloted with 30 universities around the US. These universities includes John Hopkins, Northwestern, University of Louisville, Vassar, and Virginia Tech. Also, students from different colleges cannot interact with each other and they can interact with the students of the same school only.

If a person has blocked another person in Facebook, then that person will be blocked in Facebook Campus as well. Although alumni will be allowed to stay on Campus, Facebook will send a notification that suggests they leave Campus as it won’t be relevant to them.

Even without the Facebook Campus, people are already creating groups and group chats for their schools and universities. Taking that in mind, Facebook has introduced this feature to take more control over how students find each other.

Facebook has been losing its users to other social media platforms and apps, so this is an initiative towards getting hold of that users back again.

What do you think of this new feature? Will you use it once it is available? Leave your comments below.