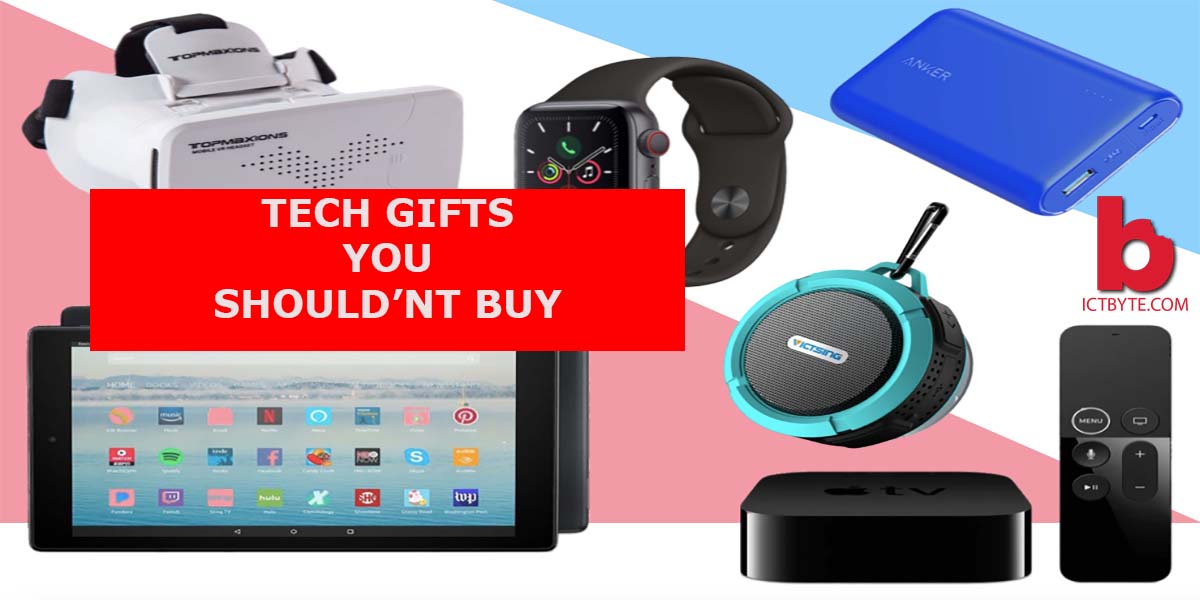 It’s hard to stay up-to-date with ever-growing, changing tech space. Every day we have a new innovation from creative minds trying to make other’s people life easier through ever-growing technologies.

This does not mean every tech out there makes life easier. Some tech ends up being complete trash as well. This is where the article comes in so you don’t buy stuff only to get home and cry your eyes out because it sucks.
With this spirit, here are some lists of tech that you shouldn’t buy for yourself or anyone else (unless you want to spend some money just to make them angry and sad).

Even if you have a lot of money to spend, Galaxy Fold is a product that you wouldn’t want to spend your money on. It is thick, heavy, and looks like 2 phones stacked together.

In a single week, $2000 Galaxy Fold went from an inspiring gadget of the future to complete failure. It has display problems, hinges problems, screen problems, and more.
Right now, it’s not just worth it.

VR Headset for your phone
VR headset was rage just a couple of years ago but not anymore. If you are into VR, high-end headsets like Playstation VR, Oculus Rift HTC Vive Pro are some better options. My personal experience with the VR headset for the phone is not quite good. My headset just sits at the corner of my room serving no actual purpose. The chunky piece of plastic is questionable in design. Also, the process where one has to slot on the phone is much hassle.

Easy Banana Slicer
You know what else slice banana? A Knife which you probably already have. You may argue that it slices banana evenly and also very fast but you won’t take hours or days to slice a banana with a knife. Talk about cleaning the product. I believe cleaning a knife is much easier.

Google Glass
Google glass was a bold attempt. Google glass still is a breakthrough concept, but it involves wearing a camera on the face, saying things like “OK GOOGLE” out loud, it also raised privacy and piracy concerns.
It is aesthetically unpleasing, looks awkward and unattractive. It offered no clear benefit to consumers whatsoever.So, don’t buy tech gifts.

3D Printer (for consumers)
The 3D printer is extremely popular among industries where it has had great success in almost everything from prototyping to tires to bones replacement but hasn’t found its place among less tech-savvy people. While technology is amazing, it remains a niche product. Many people use to stop using this expensive device after getting bored with creating little figures.

Windows Phone
Windows Phone was actually kinda cool, not everyone disliked it and some of Lumia phones weren’t bad at all. Even though it was cool, the windows phone struggled to drag users away from Android OS and IOS. It was because of brand failure, deficient OS, app/app store fails, and much more I couldn’t attract many customers. With little to no interest and application development
for the platform, Microsoft discontinued the active development of Windows Phone.

With evergrowing innovation in the smartphone camera and computational
photography, it seems like point and shoot cameras are things of the past. If you are into professional photography, using DSLR seems plausible. For casual you are better off using a smartphone camera.

Memory Card
Not all memory card is a no-buy but I think memory cards for mobile phones are now slowly becoming less of use. Even in midrange phones, you get 64/128 GB of storage which is plenty enough to store even unnecessary data. Not to mention, the free cloud storage from services like Google Drive and more. Unless you have really big data for your phone, that exceeds 64/128 GB memory card is pretty much useless.

Unbranded Power Bank
Unbranded power banks can be very dangerous. They can damage the phone, cause fire or explosion hence can ultimately be very costly.
The only good thing about them is they cost very little money. You are most likely to get a bunch of lies with such a power bank. So don’t buy this tech gifts.

Speakers without Bluetooth Support
In more modern times, Bluetooth speakers had come a long way since it was first introduced. Talk about their portability. Many speakers as such can fit into a backpack or even pockets if you want to travel or clip into your cycle if you fancy a ride. They are easy to use and surprisingly powerful. It doesn’t cost a fortune to get a good Bluetooth speaker. If you are not into some big music projects and are looking for speakers enough to lit a room, Bluetooth speakers are good enough.

Also Read: 11 Google Chrome Extensions you must have

How to set up a VPN for increased security and Privacy?