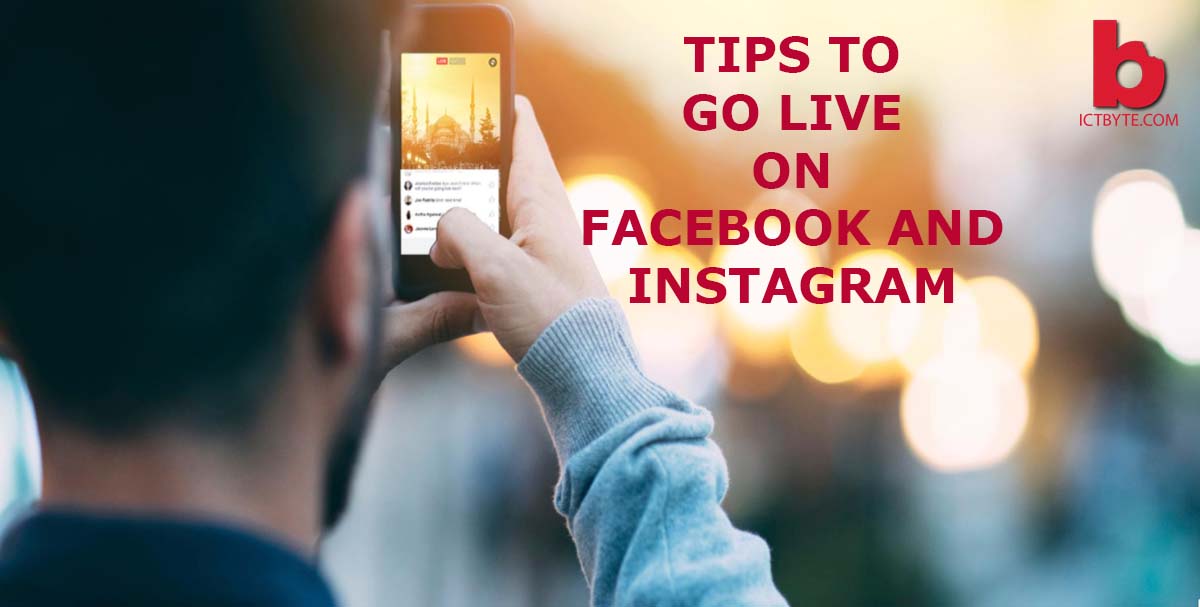 Live broadcasters can choose who can see their video and their content during Live. Instagram is a social media service that allows anyone to share photos and videos. It was proposed by Kevin Systrom and Mike Krieger.

It was launched first on iOS in, October 2010 and became available on Android in April 2012. Also, in April 2012, Facebook purchased the service and has owned it since. Instagram launched a live video on November 21, 2016, which allowed users to broadcast live.

Live videos on Instagram are not preserved, but they are removed from the service once a user is done broadcasting.

Since Facebook and Instagram Live is free and easy to use, any individual or any company can get involved.

1) Promote before you broadcast
You need to generate interest before if you want to get that all-important viewership. Build anticipation by letting people know when you will be broadcasting live and the purpose of broadcasting. You should consider scheduling your broadcast to get more views.

2) Prepare Yourself
Take some time to prepare, before you broadcast your video. Your Live activities are likely to represent your brand or personality, so you can’t afford to give a bad impression. You can begin with a private broadcast for testing the lighting, sound and other surrounding elements. We recommend you invest in Tripod to avoid a shaky camera.

3) Go Live with a strong connection
Assure your broadcast is clear, stable as possible, and high-resolution. The weaker connection will distract you and your audience too. To keep good communication with the audience during Live, strong connection is the most important matter.

4) Engage with your audience and build a relationship
Actively responding to audience and moderating comments during your Live broadcast can play a vital role in fostering such conversations and interactions. You can also pin great comments to the top of the chat. If you do bring on guests, it’s a good idea to practice ahead of time so they’re more relaxed. Do spend some time directly ahead of going live with your guests. Instead of warming up on the Live itself, it will help get
them into the mindset of being on camera.

5) Broadcast for a longer period of time to reach more people
The longer you are Live, the more people are likely to discover and invite their friends on Facebook to watch the video. Facebook prioritizes longer videos (3 min +).

6) Be creative and go Live often
To keep your audience engaged, try different types of broadcasts, and go live frequently. Try different broadcast durations, phone or camera orientations, and formats to see what works best for you.

8) Analyze your results
You can check out how many people you’ve reached, how many unique viewers you have, and so on. To find out how many people were watching at specific times, you can go through your result. It helps to figure out which moments had the most impact on your audience. With the data gathered, you can optimize your next video.

These are some of the tips to go live

Also Read: Live Streaming of ZOOM meetings and Webinars on Facebook. How can I do it?

10 Best Linux Apps You Must Have For Everyday Use