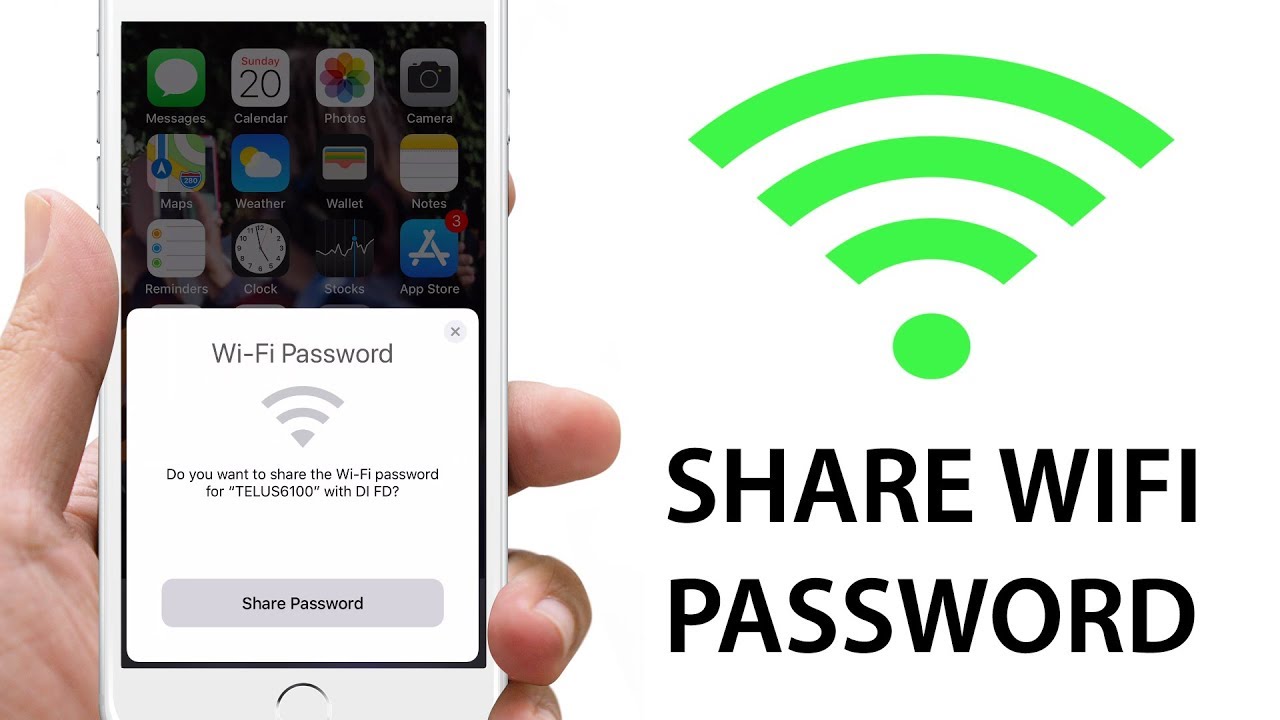 Internet is everywhere, and something for which we literally can not live without. Most of us have to stay linked or connected almost all the time, whether we’re on the road traveling somewhere or while working.

And cellular data is what most of us use, we need Wi-Fi connectivity many times, too. For instance, let’s say that you have visitors and friends coming over often and your Wi-Fi password is the first thing that they ask for.

Now I’m sure that you don’t want to annoy them and stop them using your Wi-Fi, but you have worked so hard to protect your network at the same time.

So, there are few ways that can solve this issue i.e. sharing your Wi-Fi without revealing a password.

Most Wi-Fi devices have a function called WPS (Wi-Fi Protected Setup) to deal with the inconvenience giving out while giving the Wi-Fi password. WPS helps connect your home router to some device that has no display interface like printers. Wi-Fi password sharing with WPS is as easy as pressing two keys, i.e. one in the router and the other one in the device itself in which you one to connect it to.

There are many applications and websites which allow you to share Wi-Fi passwords via QR codes. In reality, some phones also offer this as an integrated feature where you can share the QR code with your guests, and by scanning it on their computer, they will be able to connect to the network. So, be sure to check if your phone has this feature built in before downloading any third-party apps. As for now, it’s available on all Android 10 running phones, followed by OneUI running Samsung devices.

If you have one, go to the Wi-Fi settings, select your linked network and then press share button. It will then give you the QR code you will need to scan to connect the internet with others.

For those who don’t have this feature on their phones then they can download and install from Google Play Store. They can download and install applications such as Code Generator, Wi-FiKeyShare and Wi-Fi Easy. These applications will help you transcribe the password of your network into a QR code that can be scanned on the other phone using most of the market-accessible QR code scanner devices.

If you don’t like to download and install app and don’t want all that hassles while creating an QR codes then there is another option as well i.e. creating the QR codes online through websites such as QR Generator. It is also the simplest and most trouble-free way of exchanging Wi-Fi without password exchanging.

An alternative to QR codes, you can also use NFC tags or stickers to share your Wi-Fi passwords with others that are usually available for cheap in the market. Get an NFC sticker to get started, install and open the WiFiKeyShare app, and head to the NFC category.

Now, close the tag to your screen, and click on Write to Tag. You will then see the list of the Wi-Fi networks with which you are connected. Pick the one you want to post, and wait for details to be written to the name. Once done, put the tag at an accessible location by scanning it for people to connect to your network. As soon as you carry a phone close to the range of the tag (less than 10 cm away), you will immediately be prompted to connect to the network. And obviously, you don’t have to install any third-party software for the same.

To be able to scan the tag, the guest’s phone has to have the Near Field Communication (NFC) feature switched on. The same is also required on the phone that you will use to write the tag. While it’s much easier to share Wi-Fi passwords via NFC tags than QR codes, not all phones, especially mid-range devices, are equipped with the required NFC hardware.

For example, through WPS, QR code, and NFC. Additionally, you can still type the code into their system when nothing works. There’s no way to view saved Wi-Fi password on Android until you’re linked to the network.

On iOS, however, if you connect your iPhone or iPad to your MacBook linked to the same apple account, you can see the connected network’s Wi-Fi password. Yet even iOS won’t be able to disclose the new Wi-Fi password without the MacBook.

Using a USB device? Follow these do’s and dont’s