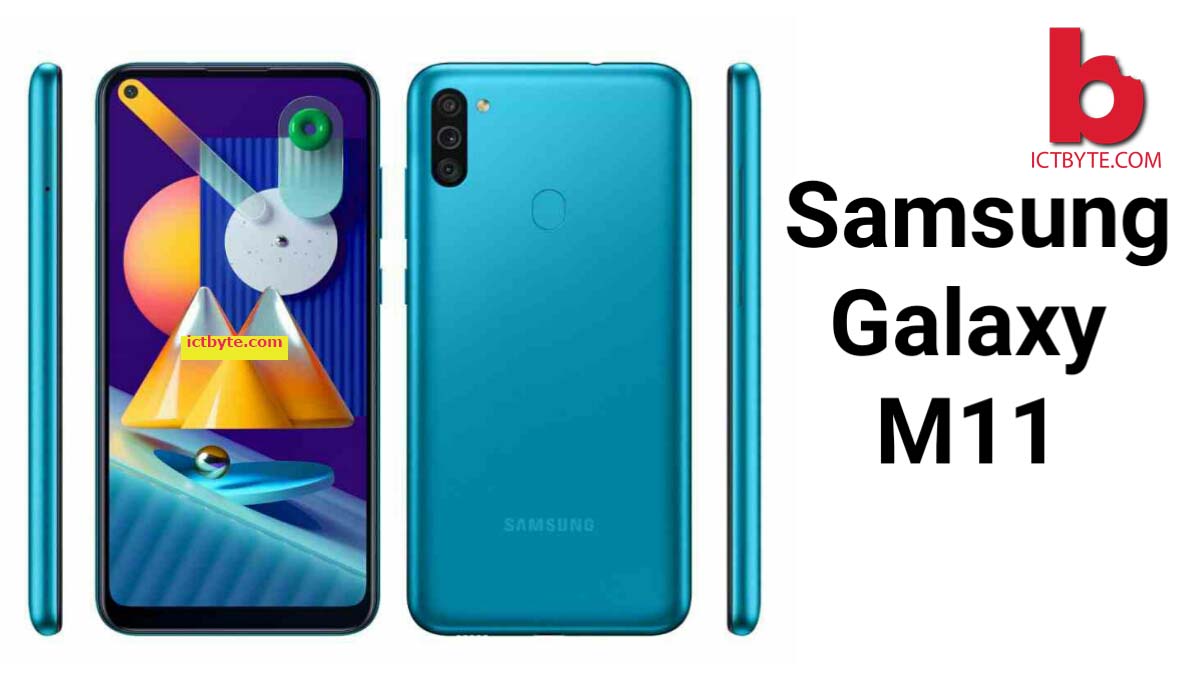 Samsung, one of the most trusted and preferred smartphone brand, has
launched the Galaxy M11 officially in Nepal from June 25, 2020. Samsung Galaxy M11 is a good choice for people who are in search of midrange smartphone. It has focused on battery life, convenient mobile
security and expandable storage up to 512 GB via Micro SD card.

The phone is powered by a 1.8 GHz Octa-core processor.

It has PLS TFT capacitive touchscreen with 16M color depth. The screen size
is 16.24cm (6.4 inches) with a resolution of 720x 1560(HD+). There is also a
capacitative fingerprint sensor mounted on the back of the display.

Multiple cameras on the back are the trend these days, even in the budget
segment. So, Samsung has included a triple camera setup on the back of
Galaxy M11.

This smartphone runs on the Android version 10 operating system with Samsung one UI.

Sensors:
Sensors on this phone include:

This phone has been launched in Nepal for a price of Rs. 18,999.
The price is for the 3 GB RAM, 32 GB Storage variant. As for the color
options, the Samsung Galaxy M11 smartphone comes in Black, Metallic Blue,
Violet colors. It is the cheapest option among the devices under the M-series
of 2020.