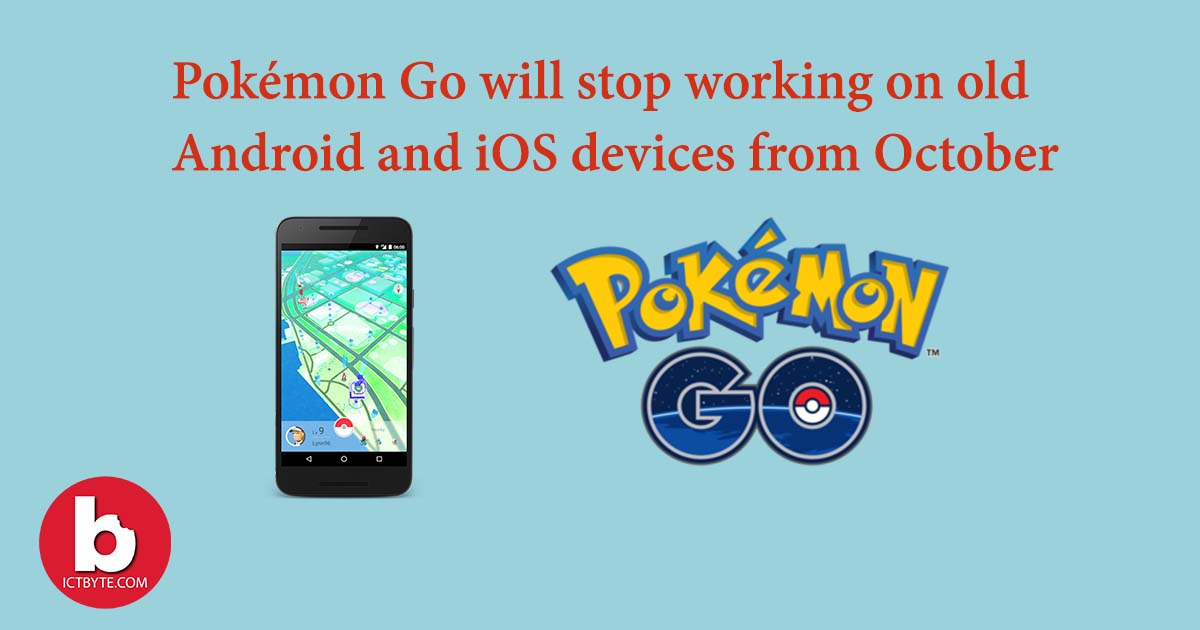 Pokémon Go is one of the most popular AR games where you gave to collect Pokémon Go characters on different locations of real world. This game makes use of the GPS and camera feature of the device.

Devices on which Pokémon Go will stop working

Pokémon Go will stop working on devices running Android 5 (Lollipop), or iOS 10 or iOS 11 after the version 0.189 update in mid-October. In addition, it will also stop working on iPhone 5s and iPhone 6 although these devices can be updated to iOS 12. The Pokémon Go official Twitter account made the announcement about the update and the devices affected.

According to Niantic, iPhone 5s and iPhone 6 has just 1 GB of RAM, and they do not want to hold back development and implementation of features for the vast majority of players who have more robust phones. They believe that if they try to make the game compatible for the iPhone 5s and iPhone 6, then they would not be able to implement better features. So, they have decided to exclude these iPhone devices.

They also believed that the performance on those devices was not good as well and the new updates might affect it even more. The game heavily relies on the camera, GPS tracking, and general chops to maintain the 3D visuals, and the aging phones and their battery will not able to handle it well. So, they have focused more on providing better features to the later modern devices.

However, the Pokémon Go game will run on most flagships or midrange android devices and iPhones later than iPhone 6. Also, most users already used these devices, so Niantic Labs believe that majority of players will not be affected by the update.

If you are unsure about whether your device is affected, you can check with your device manufacturer.

Also, Niantic Support has made a comprehensive list of affected devices that you can view in the help center.

What next for players with affected devices?

After the announcement on the update, they have confirmed that players even if they become able to run the game on these affected devices, the players will not be receiving further support if they run into any technical issues.

Pokémon Go will stop working on affected devices after the 0.189 update and after that players won’t be able to access Pokémon GO, including any accumulated PokeCoins or collected items on their accounts.

So, Pokémon Go team has urged the players to upgrade their device and make sure to have your account info and password saved somewhere so that you can log in to your new device.

Even if you may not be able to play Pokémon Go, you can still play other games. Here’s 20 Best Offline Android Games you can play.

If you are more into video games, we also have 11 Best Video Games to play that you can play.

Are you sad that Pokémon Go will stop working on the affected device? Leave your opinions on the comment section below.