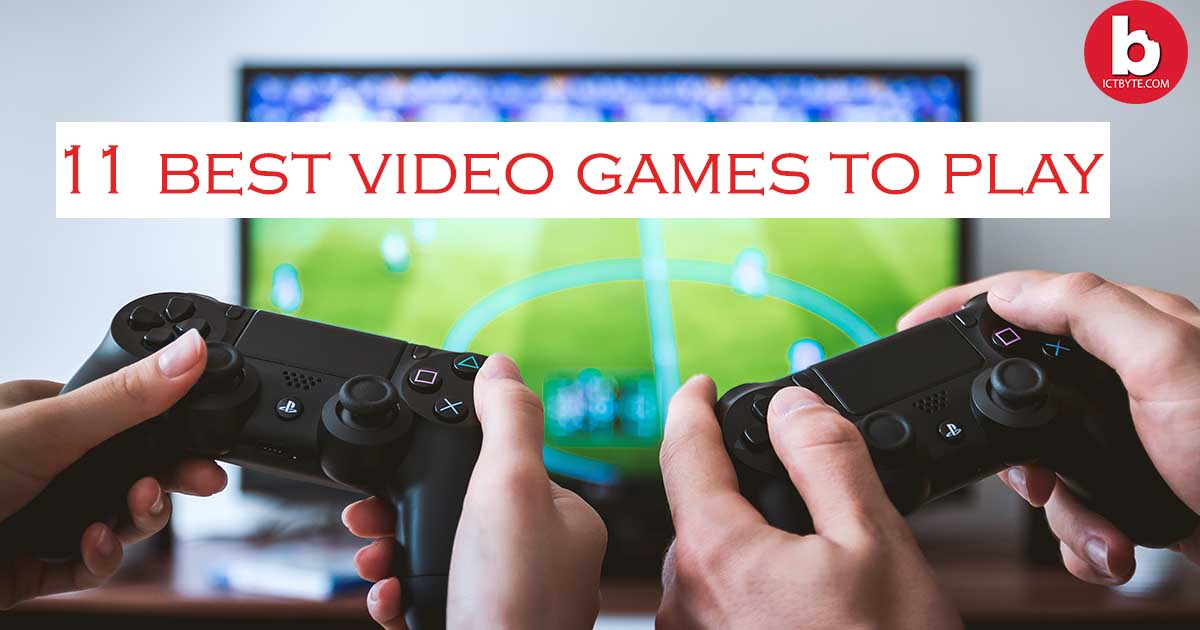 Video games are one of the most popular options for entertainment and refreshment. They are very popular among people of all age groups. There is something for everyone in the video game world. Among all those video games, there are some of the best video games that are hugely popular among a large number of crowd.

Currently, in this pandemic, the number of video game players has increased even more. Many people have free time and they play video games to spend their time and enjoy. There are many multiplayer video games that you can play with your friends.

Video games are also of different types. Some run on PC, some on PlayStation, and some on Nintendo. Here, we’ll include all the best PC games, as well as best PS4 games, and best Nintendo games in this list.

League of Legends is one of the best multiplayer online battle video game. It first came out in 2009. Currently, an estimated 115 million players are playing this game annually. This game is very famous because it has elements like role-playing, tower defense, and real-time strategy. Also, you can select the playable characters and the characters vary from each other.

The simple way to explain is that two teams of 5 champions (playable characters) battle one another and try to destroy the opponent’s base. The team that destroys the opponent’s base first wins. Furthermore, you can play more and earn rewards as well as unlock characters and abilities. This feature makes the game even more addicting.

It is so popular that by the end of 2019, it became the best selling game of Nintendo, with more than 22 million sales worldwide. You can play multiplayer with your local friends as well as with others online.

Fortnite is another popular video game of the battle royale genre. It has very good gameplay, stunning graphics, multiple gameplay modes as well as construction system. It has three different gameplay modes: Battle royale, creative, and Save the world.

One of the best part about this game is that it is available in multiple platforms. Moreover, the game is so good and popular that it won the best multiplayer/competitive game at the 2019 Webby Awards.

The Final Fantasy video game series was a hugely popular RPG (Role Playing Game) back in the days. It still lingers around so many of its players. And now, Square Enix has remade the Final Fantasy VII with updated gameplay graphics and experience. It really has a new experience while playing it.

Most of us are familiar with the name GTA. Some of us have spent their whole childhood playing GTA Vice city. It was a very great game back then. And, now the latest edition of the GTA, i.e. GTA 5 has become even more better, and by a huge margin. This is one of the most popular games.

This is a game where you play as a character and build their story as well as complete missions on the go. This game has amazing gameplay visuals and provides a great experience. You can also explore the city by yourself or with your friends and work together for missions as well.

PUBG is also one of the most popular video games right now. Most of the people are playing this game or at least played it once during this pandemic lockdown. It is a shooting game which you can play solo or with a team of 4 players. One feature that makes it better than other shooting games is the feature that allows the player to land anywhere he/she wants. In addition, all the players begin the game without any weapons in the beginning.

Recommended: PUBG Mobile Tips and Tricks: How to Play like a Pro?

Dota 2 has also been one of the most popular video games of all times. This game is a multiplayer online battle game where you and your teammates train heroes and battle with the opponent to destroy their base. The team that destroys the opponent’s base first wins.

It contains number of heroes with their respective abilities. What heroes you take on the battle also hugely affects the game. So, it is a great strategic as well as battle game which has been popular for so many years now.

The last of Us was one of the most beloved video games of the last decade. Many gamers loved the game and its story. Some even didn’t want a sequel to the game fearing that it might ruin the game. However, the sequel has arrived now and it now continues Ellie’s story from the previous part. Instead of ruining the game, it has at least as good as its previous part.

The Last of Us 2 will be a huge success after seeing the success of part 1 itself. It is a third-person action adventure video game on the surface, but if you look deep, it has a great story as well.

NBA 2K20 is a Basketball simulation game. This game is based on the National Basketball Association (NBA). If you are a basketball fan, then this might be the best video game for you. It has amazing gameplay visuals and controls and makes the game very immersive. This game is the 21st installment of the NBA 2K franchise, so it has come after a lot of revisions and improvements.

Ghost of Tsushima is probably the best video game in the combat genre. Unlike any other combat genre games, it takes it to the next level and not only has a face-to-face combat, but also includes killing enemies from the shadows.

The main character is a Samurai, and you have to fight in the way of ghost for the freedom of Japan from the Mongol Empire. It has stunning visuals and story line which makes it one of the best video games to play.