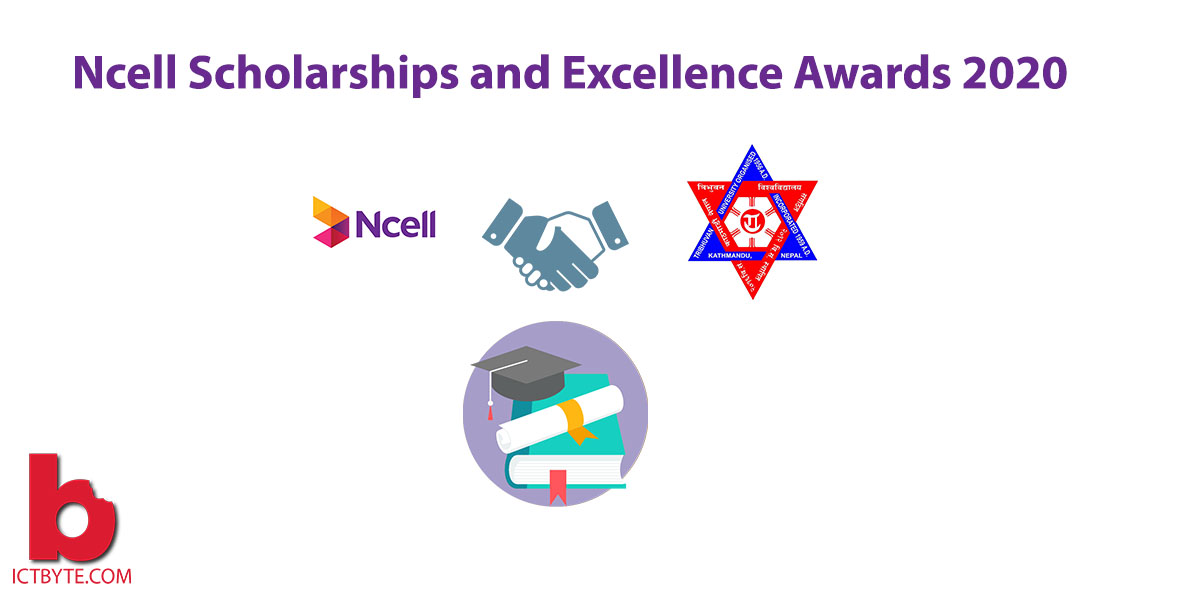 Recently, Ncell Private Limited handed over a cheque worth 2.4 million as a cash prize of Ncell Scholarships and Excellence Awards 2020 to the Institute of Engineering (IoE), Pulchowk Campus. Ncell has awarded this scholarship and excellence award as a part of its Corporate Social Responsibility (CSR) initiative. They awarded this award to outstanding students of five faculties studying in IoE, Pulchowk Campus.

Ncell handed over the cheque of 2.4 million to Prof. Dr. Laxman Poudel, Campus Chief of Pulchowk Campus by Ncell representatives. But, there was no formal programme to hand over the Scholarships and excellence awards because of the Covid-19 pandemic.

Pulchowk Campus has signed an agreement with Ncell regarding the scholarships and excellence awards. And, according to the agreement, the campus will release Rs. 100,000 each to 18 topper students of BE Electrical, Electronics & Communication, Computer, Civil and Mechanical engineering as scholarship. In addition, they will also provide a cash prize of Rs. 100,000 to 6 students who graduated from these five faculties securing the highest marks as Ncell Excellence Awards. The main aim of this award is to encourage technical education and recognizes young talents who have demonstrated academic excellence.

Prof. Dr. Poudel said, “Ncell Scholarships and Excellence Awards has been a huge motivating factor for our students. We are always thankful to Ncell for this initiative that acknowledges hardworking and outstanding students”. In addition, he also said, “Since the formal ceremony for handing over of the scholarships and excellence awards was not possible this year, we will soon release the cash prizes to the concerned students.”

CEO of Ncell, Andy Chong also shared his excitement in regards to the long-standing collaboration with IoE, Pulchowk for the awards. He said, “We are delighted to acknowledge our partner, IoE, Pulchowk Campus, distinguished professors, and congratulate the winning students. CSR is an inseparable part of our business. We are happy to give continuity to this program until 2023 and promote the intelligent pool of young talents in the field of engineering in Nepal. Education is one of our top priority sectors under our CSR initiatives. We will continue to remain a stalwart supporter of these social projects with a special focus on the education sector.”

Details of the Ncell scholarship program

Also, previously, Ncell had also provided scholarships and excellence awards of Rs. 8 million under the same program during 2014-2018. During that program, Ncell awarded Ncell Scholarships to 60 outstanding students and Ncell Excellence Awards to 20 students.

Similarly, Ncell signed an agreement to provide Rs. 13 million with IoE, Pulchowk last year as well. According to this agreement, Ncell will provide this money for providing scholarships and excellence awards to top-scoring students for five years (2019-2023). According to this program, 90 students will be awarded scholarships and 30 students will be honored with the excellence awards based on their academic results.

Who receives the Ncell scholarship?

Also Read: Daraz Mahabachat Bazar: What actually is this?