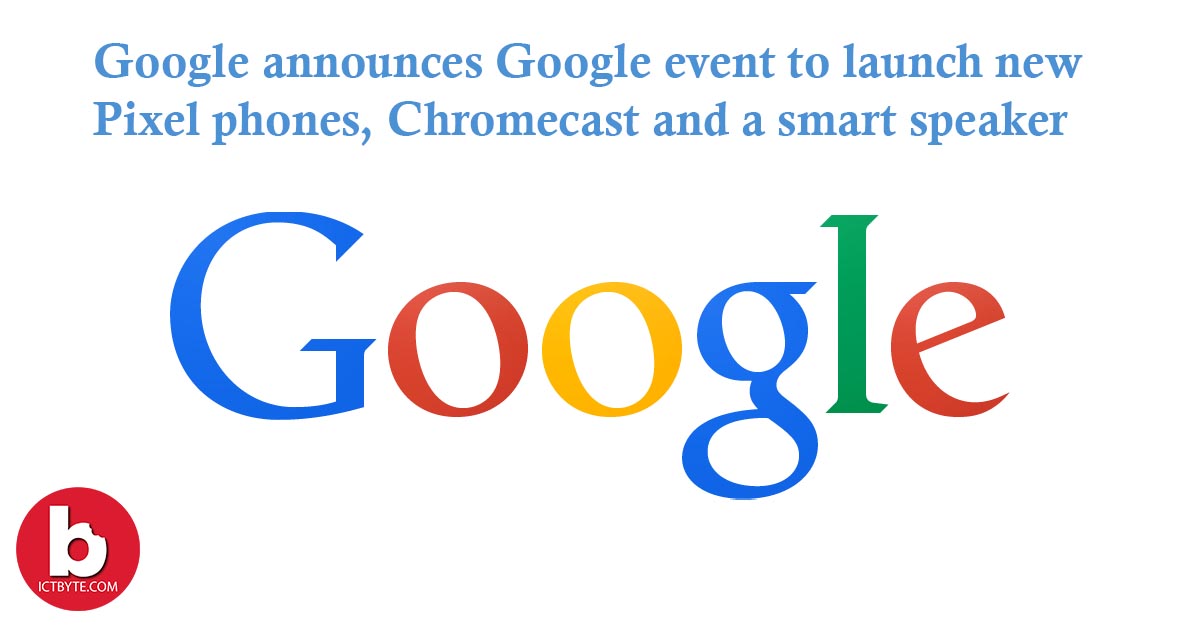 Google has announced that it will launch new Pixel phones, a new Chromecast, and a smart speaker on a virtual event on September 30. The new phones that will be launched will be the Pixel 5 and Pixel 4A 5G version.

“We invite you to learn all about our new Chromecast, our latest smart speaker, and our new Pixel phones,” is what is written on the invitation.

The event will take place on September 30 at 11 AM PT. Google will launch new Pixel phones at the event. This includes the flagship Google Pixel 5 and Google Pixel 4A 5G. Although Google has come into the smartphone market, it has not been able to establish itself as a premium popular brand.

Google had previously confirmed the launch of Pixel 5. And, both Pixel 5 and Pixel 4A is expected to come with a 5G connectivity option. Pixel phones are known for their great image processing capability, and the latest Pixel phones are also expected to have great photography capabilities.

The Pixel 5 is expected to compete with the likes of Samsung Galaxy Note 20 series and the upcoming Apple iPhone 12 series. Although these two brands seem to be more popular that Pixel devices, Google will be aiming to change that with the coming Pixel 5.

Google will also unveil the newer Chromecast device, which is a popular Google’s popular TV streaming device. In addition, they are also launching a new smart speaker. The smart speaker is expected to be the Nest Smart Speaker that they confirmed in July.