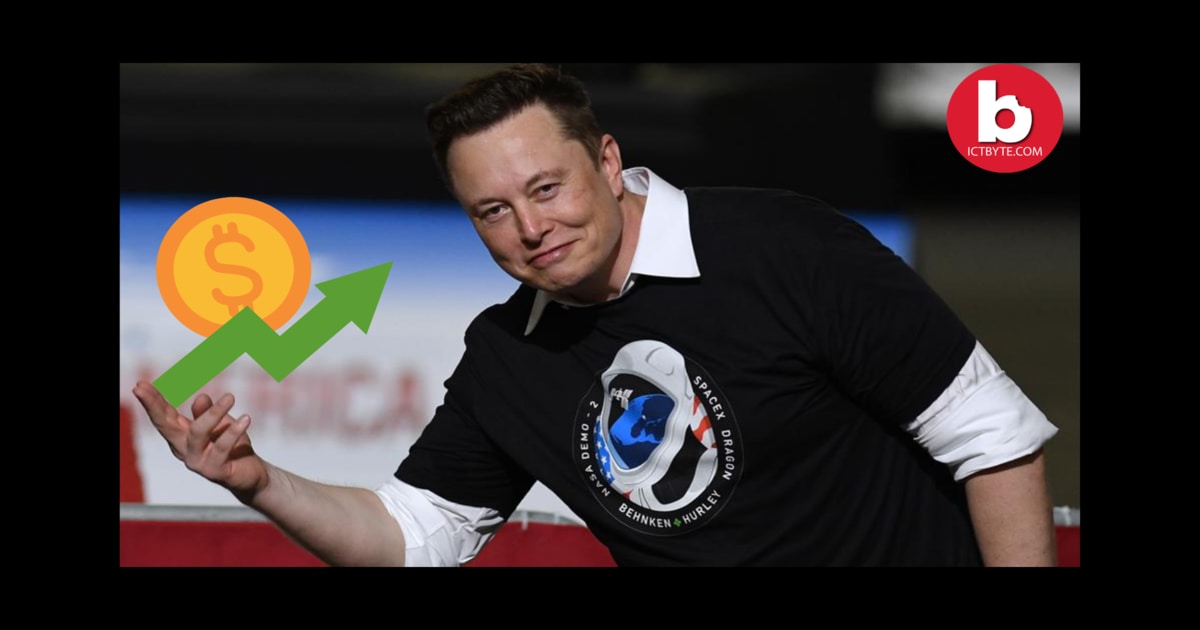 South African born business tycoon Elon Musk has overtaken Mark Zuckerberg, CEO of Facebook to claim the title as the World’s third-richest man. Elon Musk’s estimated net worth is $150 billion and Mark Zuckerberg who is below him has an estimated worth of $110.8.

The reason for this title, the huge 12% stock gain by his company Tesla on August 31, Monday. Tesla’s every shareholder’s shares increased by a factor of 5 after Tesla’s 5-1 stock split.

Not only Tesla but Musk also has to thank his other businesses which include SpaceX, Hyperloop, The boring company, and OpenAI.

Musk doesn’t take any annual salary or any type of cash bonus. Hmm… that’s interesting, so how is he so rich? Musk instead gets paid in the form of millions of stocks option which is worth billion dollars.

From the latest rankings not only Musk ranked higher, Jeff Bezo’s ex-wife Mackenzie Scott was ranked the World’s richest woman by suppressing L’Oreal SA heiress Francoise Bettencourt Meyers. All thanks to Scott’s divorce from Bezos from which she received a 4% stake of Amazon which is valued around 66.4 billion dollars.

Yes Jeff Bezos is still the richest man with net worth of 204.8 billion dollars.

How many billionaires are there in the world?

How much is Donald Trump net worth?