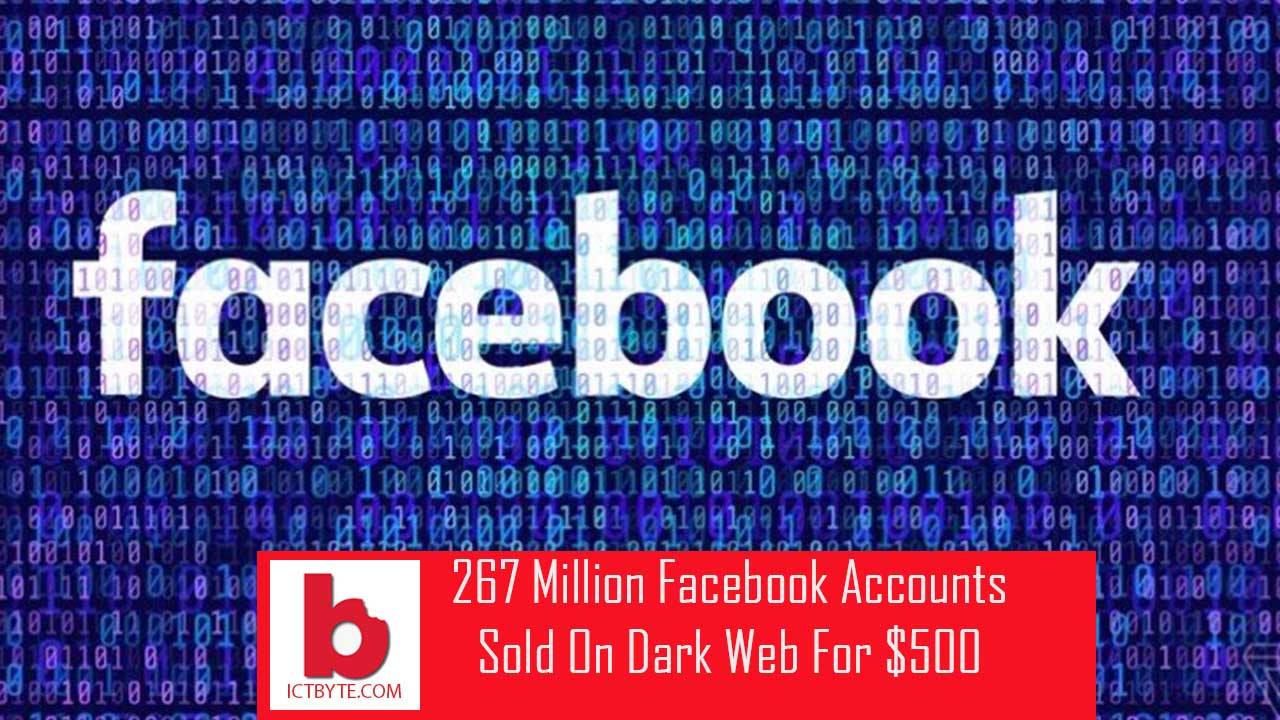 According to a recent report from Cyble Hackers sold over 267 million Facebook profiles on dark web sites for $500.

The data sold on the web includes everything from email addresses, names, Facebook Ids, age, Date of Birth, phone numbers and more.

Thankfully the data didn’t include passwords.

But still, there was enough information for setting up phishing activities and other online fraud activities.

Don’t know about Phishing? Read here about What is Phishing and its cause?

Cyble told that they are yet to identify the source of leakage and they don’t know how data was leaked. They believe it “might be due to the leakage in third-party API or scrapping”.

This is not the first time Facebook data was a breach, it also happened last time in December. The database included the same amount of Facebook ids before however only names, phone number and Ids was included in that breaching.

Security researcher Bob Diachenko along with Comparitech discovered that breaching and they eventually taken down the database.
This time the case was done by the hackers who left a message saying users to secure their servers.

We are really afraid that Facebook profiles might be in possession of malicious attacks in the future.

If you are having concerns and worried about your profile, we request you to reset your password and make it strong immediately.

Recently, we also heard about Zoom accounts were sold on the web. Now its Facebook. Similarly, we are hearing a lot of news about data breaching.

So, it’s very important to maintain online safety while surfing the internet. Know how to stay safe online.

Top 10 Tech (IT) Company in Australia

5 Apple Watch Apps You Should be Using