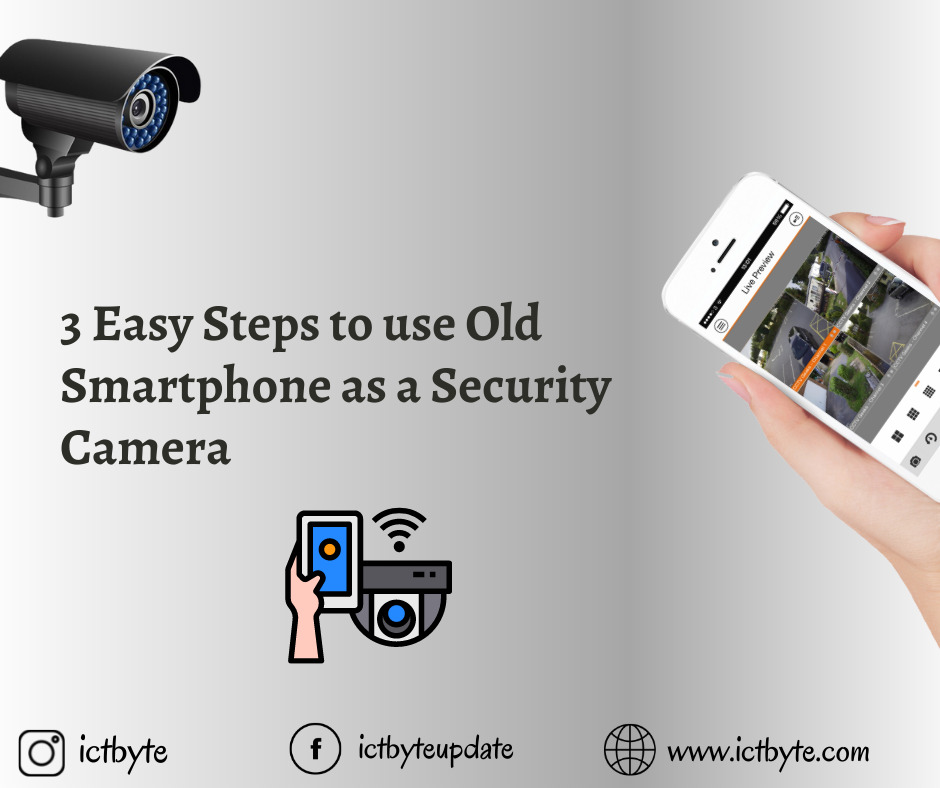 Are you a gadget lover who keeps upgrading smartphones but refuses to sell your old ones? Then you most likely have a dusty collection of old smartphones somewhere in the corner. So why not reuse an old smartphone as a home security camera ?

Installing the appropriate security camera app in the smartphone

First of all, choose and download the security camera app, which is freely available in the play store. Most security cameras have similar features such as night vision, differentiation between objects and people by detecting and recognizing as well as motion detection and alerts, so choose the software that best suits your needs. After its installation, you’ll be able to monitor your home from anywhere on the smartphone. Some of the best security camera apps are Alfred, TrackView, Athome camera, Dormi, etc.

Then, set up the Alfred camera by opening the Alfred camera and signing up with the account by providing the permission to account and allowing to access the camera and the microphone in the old smartphone. After setting some control in the viewer phone, the new smartphone is ready for monitoring the living space from anywhere.

After completing the installation and setup, you need to choose the location for the smartphone camera to be placed. Turn on the security camera app and put the smartphone in a place where you want to record it. Since some old smartphone cameras are not as wide as CCTV, the position of the phone matters. So, try to figure out such a way for it to monitor your living space better.

You can creatively use things that are readily available around the house to make the stand for an old smartphone camera or use you can use smartphone tripod stand. If you have a lot of old smartphones, you can set them up for wider coverage. When placing the smartphone, the lightning needs to be accounted for in a clear video that will help with motion detection.

Every smartphone runs on batteries. Old smartphones may not have good battery life. So, plugin a charger to it continuously for no disruption. Another requirement is a continuous connection to Wi-Fi to capture video and store it on other devices.

After that, you can monitor or view the video using the security camera app that was installed on your new smartphone. By following these simple steps you can reuse your an old smartphone as a home security camera. We know you’re going to love the results.

You can also read the review of the latest smartphone .