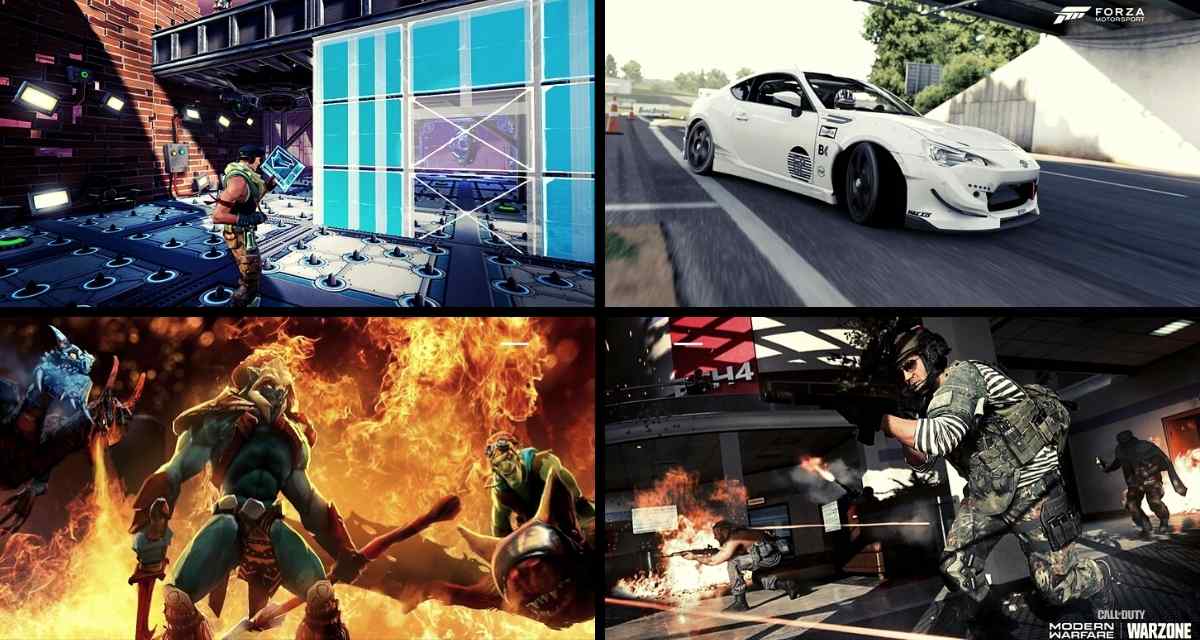 If you want to know about the best free PC games in 2020 then you are in a right place. The gaming community is gradually increasing in recent years and during this pandemic, only games can free up your mind. Games can really cheer you up and if the games are free then its even more amazing. Several gaming company allow to play games for free but only for a limited period of time. But there are multiple PC game that you can play for free.

It’s very difficult to find a game that is legally free. This is why we have done some research to make your life easier. Here is the list of 12 best free PC games in 2020 that are worth trying.

One of the latest addition to the PC game is Valorant. It is published by Riot Games and is a 5 vs 5 multiplayer shooter game.

As soon as the game launched in june 2 , 2020 it attracted millions of players. In this there are two sides one is Attacking and other is Defending , the first team whi wins 13 rounds is considered as winner. There are several agents in the ga,e and they can be unlocked for free without paying a penny. Each agent has unique set of skills which makes the gake more intresting.

The best thing about this game is it rins on PC even with low specifications. The PC with low graphics also can run this game

Call of Duty is considered as one of the best games in the industry. Each year new call of dut is dropped and in 2020 the game suprised by releasing Call of Duty: Warzone for PC. This game can be played for free.

It has two mode ,Plunder and Batlle royal. Player has to secure highest amount of cash to win the game in Plunder mode and in Battle royal mode can be played as solo, duo and squad.

We cannot forget about apex legends when we are talking about free games. Respawn Entertainment devloped this game and can be played for free in PC and console.

It is considered as one of the best Battle royal game. In this game we must choose the appropriate characters because each character has different set of skills.

It is the legendary multiplayer game that inspired Valorant. Counter strike: Global Offensive was released in 2013 and it was a huge success. Even after 8 years of the release, the game was very popular but it was not free.

This is why the studio decided to rmake the game free 2018.It is the multiplayer game where there are 5 players in eac side. Players can buy weapon using the credit they earned from the last match.

Fortnite is one of the top games that is mostly liked in 2020 and the interesting thing is that it is completely free. It is well-crafted game that has millions of players and is played all over the world.

In this game there is an island where 100 players are dropped without any weapon. It is considered as one of the best Battle Royal game. You might find difficult at first but after you get the hang of ot you will enjoy the game.

It is one of the great free online multiplayer game. It was released almost 8 years ago but also has the same popularity. In this game there are 1000 of players that fight in other planet.

It is the biggest multiplayer game and it also holds the Guiness World Record for the most number of players. This game has veru good graphics and visuals. In this game multiple player fight to gain control of the area.

This is the one of the best multiplayer games played between two teams. In each team there are 5players and they try to destroy one another to win the battle.

It was released in 2013 and is considered as one of the best free PC games. This game is also played in EA sports where we can find huge participation.

This game is the perfect replacement for Dota2 . If you dont want to play the same game every time then you might consider League Of Legends.

This is the one of the best free games that grabbed million of users instantly. It has the incredible music videos. This game is easy to play compared to Dota 2. In order to win, okayer have to destrot Nexus. It ewquires more amount of tactical skills to play this game.

This is probably the only racing game that is free to play and it is the best racing PC game made. There are 6 different world famous racing track where you can race in different weather condition and choose among more than 60 cars. But you must complete the mission to unlock the cars.

This game can be played in 4k resolution. It is developed by Microsoft and considered as the top free games to play in 2020.

PES games are considered as the best games for football lovers. Every year new PES games releases with the better graphics, increased players and number of clubs.

PES 2020 is not free to plat this is why we have PES 2020 lite which is completely free and you can get the same feel. The only difference between two games is that PES Lite has few number of clubs but other things are perfect.

Warframe is the multiplayer third person game and is completely free. It is developed by Digital Extreme.

The story of this game is very intresting. You play as ancient warrior and wake up after centuries. Game developers released several updates to make the game even more intresting. This game is loved by million of users. Later, this game was also ported to PS5 and Xbox.

Spellbreak is developed by Proletariot, Inc and is a multiplayer battle game that was release in 2020. It is one if the free games to play in 2020. This game is intresting because it has unique gameplay.

In this game you have to eliminate other players by using your magical abilities. This is completely different battle royal game that you will wnjoy to play.