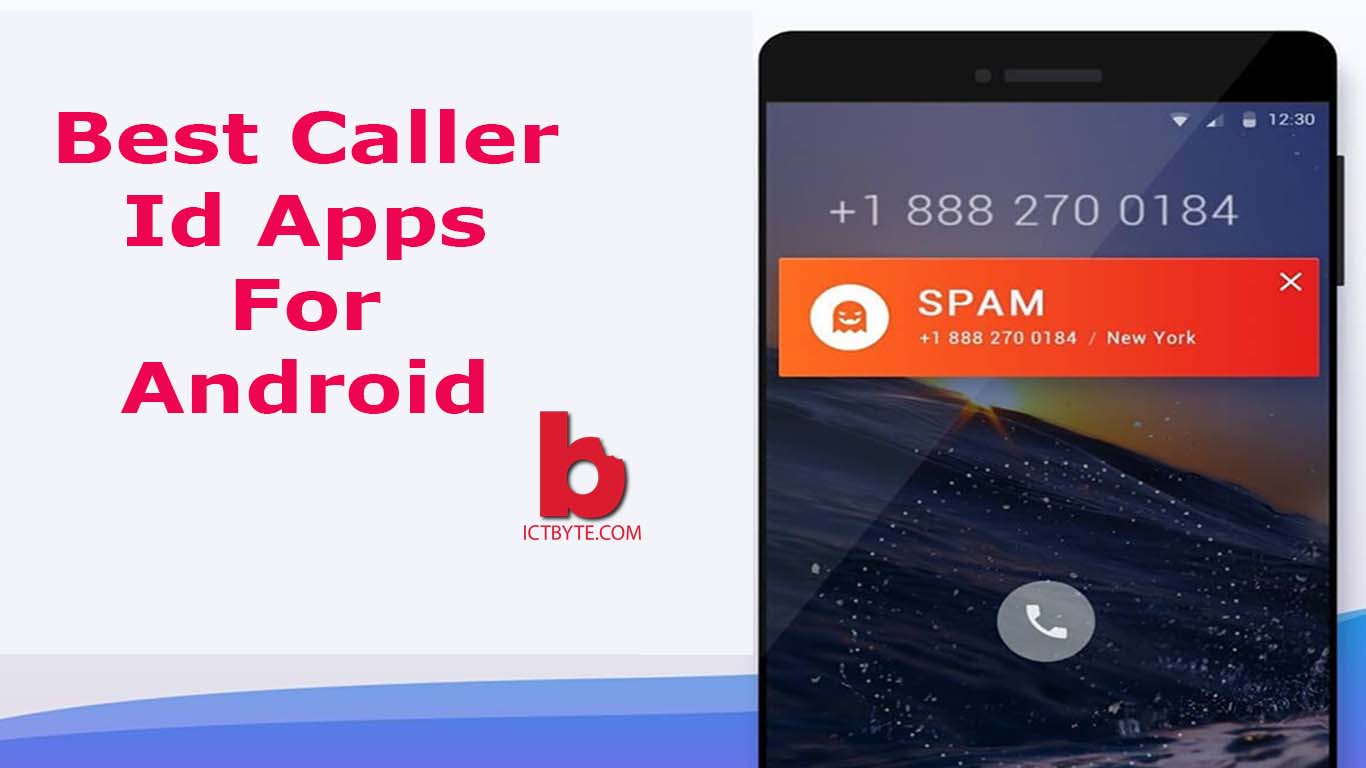 A lot of people like us want to know about the number who is calling them. There are caller ID applications for them available in Playstore in Android and IOS which will help them to identify spam calls and fake calls.

Users can allow these applications to automatically block spam calls and messages by default. Since the fake calls are increasing, there came these Caller ids into existence. It has been veryful for many people due to this caller id applications.

This is why I have listed several caller ID applications here for your safety. You can choose the apps as your preference and try any of them on your mobile.

True caller is one of most popular free caller ID application you must have heard about it. It was launched back then in 2009 for Blackberry phones, later up to now it is available for both android and IOS applications.

Across the globe, almost 200 million users use this application to ignore spam calls. It not only identifies fake calls if the user has a registered detail of their own this application will display their names.

This will help you identify the person with their names. Users can also make this application as their default messaging app.
Truecaller also has a feature that lets to see your friend’s status if they are busy, online, or in silent mode.

Should I answer, the name itself suggests whether the users should answer the calls or not? It helps the user to identify the calls and decide whether to pick or not. It is a caller Id application that identifies scam or fake calls.
This application automatically blocks the hidden numbers and foreign numbers. This is an offline application, so more users prefer this caller ID application.

Showcaller is a very similar application like a True caller. It lets people know who is trying to call them. It also provides you an accurate location. Further like other it identifies spam calls and adds the numbers to the database.
There is a blacklist option too for specific numbers. Calls can be recorded with the showcaller.but is has a bug that consumes lots of battery.

Hiya is another caller ID application that identifies calls and allows the user to decide whether to attend it or not. There is a blacklist feature where you can list spam numbers and fraudulent calls. This application is quite a popular in-app store with more than 10 million downloads and a 4.4-star rating.
Hiya has identified a 1 billion spam call until now. The app identifies the content of the message and decides whether it is a virus or malware.

Whoscall is a caller Id application that is available both on IOS and Android. It has more than 70 million global downloads in the play store. Whoscall comes with a built-in dialer feature and a conversation page which made it a better application than others. It also has an offline mode where the user can identify the number through the app without access to the internet.

Whoscall is associated with the Taiwan National Police Administration which had made the app even more trustworthy for users.

Mr. Number is one of the best caller ID application that is available for IOS and Android. With this app, users can block unwanted messages, fraud, and spam calls. It also provides the identification of unknown persons. Like other apps, it identifies spam and fake calls.
It has a built-in option to block calls from a particular person, reason, area code, or the country. There’s a history management section in the Mr. Number application.

CIA is the best alternative Caller Id application you can use instead of Truecaller. CIA has around 1 million fake numbers. Users can find the name, address, and further information on any unknown number.
CIA is linked with multiple data sources like trip Advisor, Facebook, White pages and yellow pages to provide the users with more accurate information.

It has a disadvantage as it sometimes blocks general calls and late notification to the users. It is only in android devices until now.

What is the Best Caller ID Apps among this?

We recommend Truecaller, the number one app as per the user’s interest and a number of downloads at Google Playstore.

Also Read: How to block unwanted calls, texts, and emails on your iPhone?

7 Google Alternatives: Best Search Engines To Use In 2020