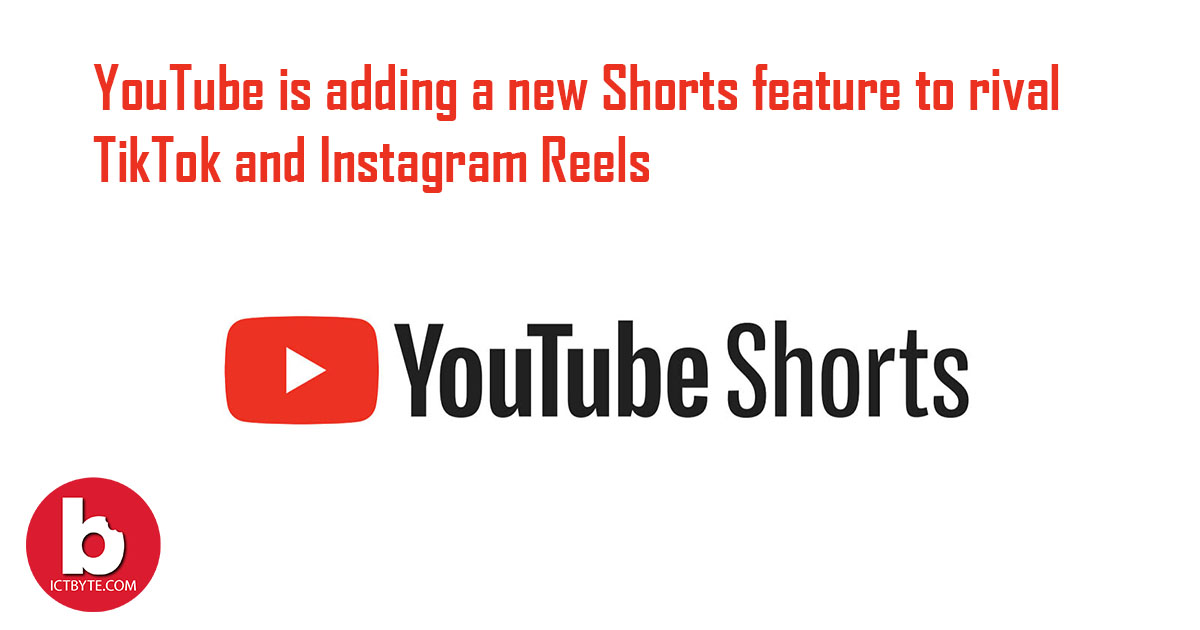 YouTube has recently announced a new Shorts feature which will rival TikTok and Instagram Reels in the short video format. This announcement comes as TikTok is facing uncertainty over its future in the US. Although it might be a huge loss for TikTok, other companies will benefit from it by introducing their own application to replace TikTok.

YouTube has initially released this Shorts feature in India, as India has already banned TikTok. As a result, there is a chance of getting more users to use the feature in the initial phase. This new feature allows user to upload videos of 15 seconds or less.

The Shorts is similar to TikTok app. You can use a set of creator tools, a multi-segment camera, speed controls, a timer, and a countdown feature. Similar to TikTok, you can also add music to the video with YouTube having access to large library of music.

However, unlike the TikTok app where you can record up to 60 seconds of the clip, you will only be able to create a clip of 15 seconds max on Shorts, similar to the Instagram Reels. Watching the Shorts clips will be similar to that of TikTok, where you can swipe vertically to scroll through the clips.

This new format is currently only available on Android and in India. The iOS version will also be released soon.

Also Read: TikTok Vs Reels: Everything you should know

The YouTube Shorts will feature hundreds of thousands of tracks from music partners like T-Series and Believe Digital so that the users have a large library of music to choose from. It is also working with music artists, labels, and publishers to make more of their content available for the app.

With TikTok banned in India and uncertainty over its future in US, many other application developers have tried to take over the short-video application sector. The idea behind first releasing the initial phase in India is also because it has a large audience base, and it has the opportunity to take over as TikTok’s alternative.

YouTube says that it is rolling the feature in India soon, and use the results from the release in India to expanding access and improving the product over time.

If the user has access to the Shorts camera, then the user can start creating videos by hitting the plus (+) icon (or soon, the video camera icon on iOS), and then selecting “video.” You have the Shorts camera if you see “create a short video” as an option. For Android users in India, however, YouTube has moved the “create” icon to the bottom of the navigation bar for easier access.