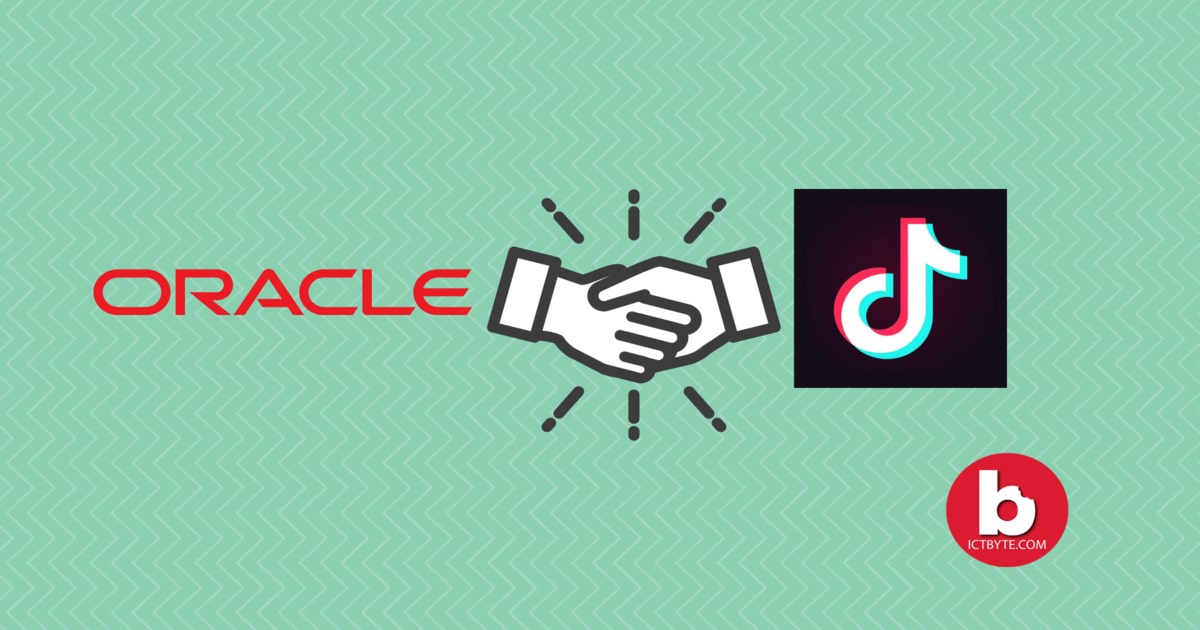 Oracle gets deal for TikTok

American multinational computer technology corporation ‘ Oracle’ has reportedly got the deal for Tiktok’s US operations. Oracle was rumored to acquire Tiktok but instead, they were selected as ‘trusted tech partner’. So which means oracle will be assisting to run Tiktok’s US operation with its own cloud technology.

This news flashed just after an hour after Microsoft bid was rejected by Byte dance, the owner company of Tiktok. Microsoft has been trying to acquire Tiktok operation not only in the US but also in Australia, Canada, and Newzealand. After their final offer got rejected Microsoft stated that they could have made the app more secure by increasing the security standards by performing significant changes.

All these things for Tiktok came up because US President Donald Trump ordered to stop the transaction from 6th August with DanceByte, which is a Chinese company stating security reasons as the cause. Also, the video-sharing app took legal action against The US President more…

This news of Oracle being a ‘trusted tech partner’ is a big deal for TikTok’s 1400 US employees and 10 Million users as Tiktok will still be operating in the US. Though Oracle has been stated as a trusted partner it is not sure exactly what type of partnership it is between them but what’s clear is it’s not a sale, and it’s unlikely Oracle is taking over any crucial operations from the US TikTok offices. Also, there is no confirmation that Oracle will make any changes to the security policy of Tiktok. This deal was made just to stop Trump from removing the Chinese company from the US.

Cloud software and infrastructure business, Oracle has usually been out-muscled by larger players like Amazon and Microsoft.Oracle will be highly benefitted from the deal for TikTok which will presumably get paid well by TikTok for its partnering services and for getting rid of this whole nightmare.