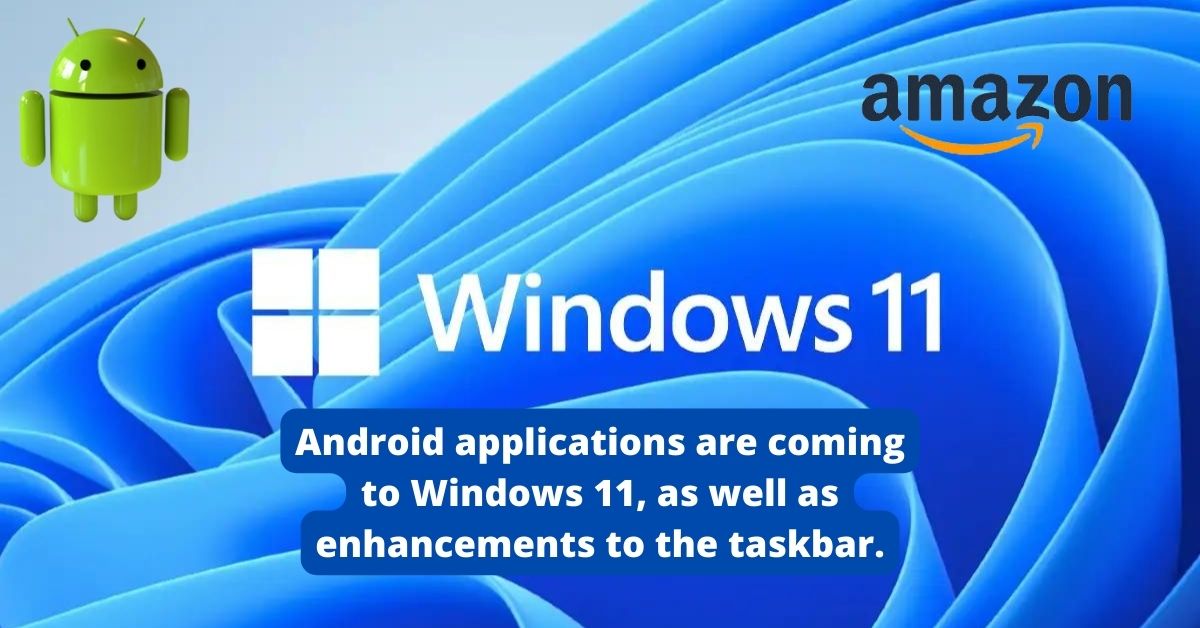 On October 5, 2021, Windows 11 was made available to the general public as a free update via Windows Update and Windows 11 Installation Assistant on qualified Windows 10 devices. After its release Microsoft has been providing different updates frequently.  User of windows 11 will now get to experience one of the major update. Microsoft is planning to bring update with improvement in taskbar and also bringing preview of android apps. This update will hit the floor by next month.

The taskbar improvement will include mute and unmute feature along with the option to show a clock on secondary monitors. Both were absent when Windows 11 first came out, but Microsoft is currently working on enhancing the taskbar so that lost features like drag and drop may be restored.

The weather widget, which Microsoft began testing last month, will return to the taskbar in the next Windows 11 release next month. Microsoft is also updating its Notepad and Media Player applications, adding dark modes and style modifications to make them more in line with Windows 11.

There’s one more noteworthy taskbar enhancement, and it’s really foresightful. According to Microsoft, usage of applications like Teams, Slack, and Zoom has increased by more than sixfold during the epidemic, which is unsurprising given that more people are working from home than ever before. The taskbar will get a helpful feature next month that allows you to share your screen with selected meeting clients. Microsoft specifically mentions Teams, but it should work with other apps pending developer support.

Besides taskbar the next feature will be one of the biggest and most awaited feature for windows user. Microsoft is bringing android apps in new windows update. In order to provide amazing experience of using android apps through desktop Microsoft have been analyzing this update deeply since release of windows 11.

Windows already has access to a large number of applications, but they are exclusively desktop applications. Microsoft is now following in the footsteps of Chrome OS and macOS in adding support for running mobile apps. Last month, Insiders got a sneak peek at the promised Android app compatibility, but it will be front and center in the forthcoming version as a public preview. Yes, it is currently in beta, but you will be able to use it.

Microsoft has joined hands with Amazon and Intel to bring Android apps to Windows 11.  Despite several promotion and plans app store launched by amazon back in 2011 has not been able to reach the Android users. User will require installation of Windows subsystem for Android and Amazon Android app store to run Android apps in their PCs. Around 50 Android apps including mobile games and Amazon Kindle are currently available for Windows Insider.

Microsoft have claimed that Windows 11 OS has entered final stage of running to all compatible devices. According to Chief Product Officer Panos Panay users have been spending 40% more time on Iendows 11 machine than Windows 10 which includes user using Slack, Zoom, Microsoft Teams and Cisco WebEx. The statistics clearly shows the demand of Windows 11 OS in world market. It is very logical for the users to expect lots of new upgrades in future.

Also read about acquisition of Activision Blizzard by Microsoft