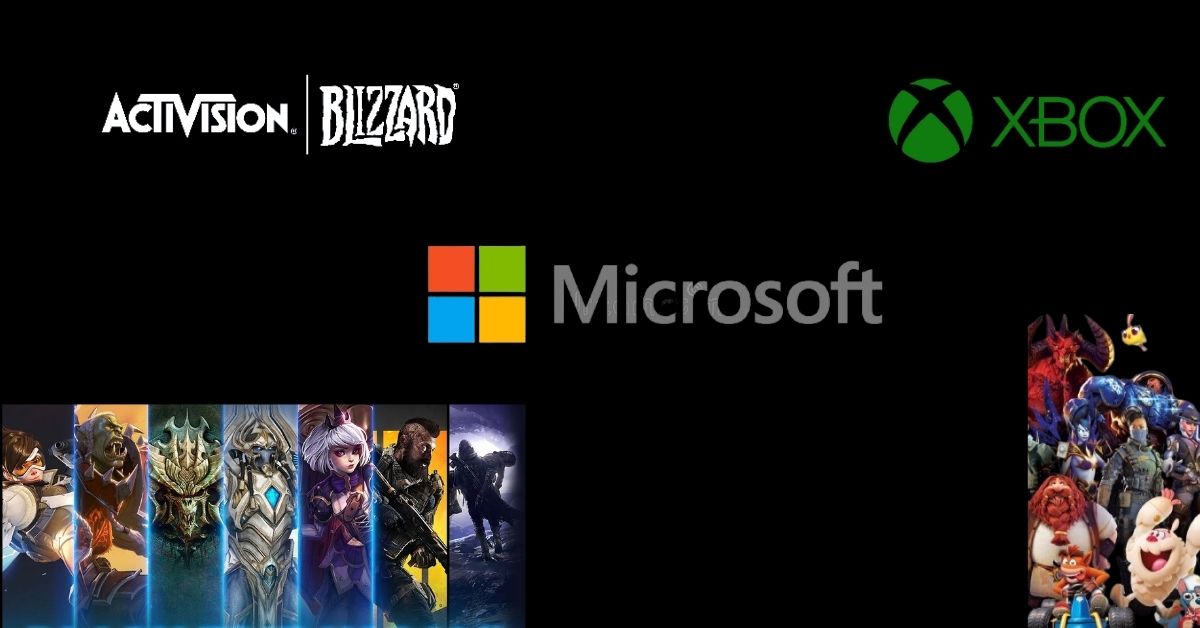 The gaming industry was taken aback by the news of Microsoft’s new acquisition. Last week Microsoft announced the world that it will acquire American Video Gaming Company Activision Blizzard for enormous amount of $68.7 billion. It is one of the biggest acquisition done by Microsoft. After this deal Microsoft will acquire Activision’s big share of user and access to some of world famous games. The multibillion-dollar deal, announced on Tuesday, January 18,2022, would catapult the corporation to new heights in the $175 billion gaming industry. Games on nearly every type of device, from bulky consoles to cellphones, have risen in popularity throughout the pandemic.

The size of the buyout is mind-boggling: When finalized, Microsoft will have control of some of the most popular game franchises in the world, including Call of Duty, Warcraft, and Overwatch, as well as a large backlog of older games. Microsoft will become the world’s third-largest game firm by revenue, following its acquisition of Bethesda Softworks just over a year ago—a spectacular deal in and of itself, even if it was only for a fraction of Activision Blizzard’s price tag.

It’s not a done deal yet, and Activision Blizzard has a lot of baggage that might make the regulatory clearance process more difficult. However, if it passes—and the widespread assumption is that it will—it would reshape the gaming business in ways we haven’t seen before.

Activision Blizzard has created some of the most spectacular interactive gaming and entertainment experiences available, transporting players to new, never-before-seen worlds. They think that their goods help to foster community and the development of social platforms that bring people together. They are insatiably curious, always pushing the limits of what is possible in order to build the games of their dreams for themselves and their clients. Simply said, their objective with games like Candy CrushTM, Call of Duty®, World of Warcraft®, Overwatch®, Hearthstone®, and Diablo® is to make every day more exciting.

Activision Blizzard was sued by California’s Department of Fair Employment and Housing on July 20, 2021 after receiving “multiple complaints regarding unlawful harassment, discrimination, and retaliation” within the corporation. Activision Blizzard has a “frat boy” mentality, according to employees interviewed by the DFEH, which has been a “breeding environment for harassment and discrimination against women.” Previously, female employees have reported that going to work meant being subjected to near-daily humiliation, sexual harassment, and even physical assault. Over 3,000 Activision Blizzard workers signed an open letter to management in the week afterwards, coming out on behalf of victims and calling for “formal comments that recognize the severity of the claims and exhibit compassion for victims of harassment and assault.”

The announcement of acquisition came exactly two months after Microsoft Gaming CEO Phil Spencer called Activision Blizzard’s sexual harassment and discrimination incident “horrific” and said the company’s partnership with Microsoft was being “evaluated in all aspects.”

After the news of acquisition was released industry insiders and audience showed mixed and conflicting reaction. Two giant companies of tech world coming under same roof definitely was topic of discussion on different social media.

The industry’s reaction was swift and angry. While Microsoft executives were naturally upbeat, Xbox general manager Aaron Greenberg said he was proud of the team he have here at Xbox/Microsoft. The ABK Workers Alliance delivered a complex review by tweeting that while the news of Activision’s acquisition by Microsoft was surprising, it wouldn’t change the ABK Workers Alliance’s goals.

Meanwhile some fundamental questions concerning the buyout’s implications were answered in a filing with the US Securities and Exchange Commission: That “business as normal” would continue with both firms running separately until the acquisition is completed, and that no immediate layoffs are expected. However, it was only said that Kotick will continue as CEO until the acquisition is completed: “Once the deal closes, the Activision Blizzard company will report to Phil Spencer, CEO, Microsoft Gaming.”

Also check out is it legal to use a random address generator for hiding your financial identity?