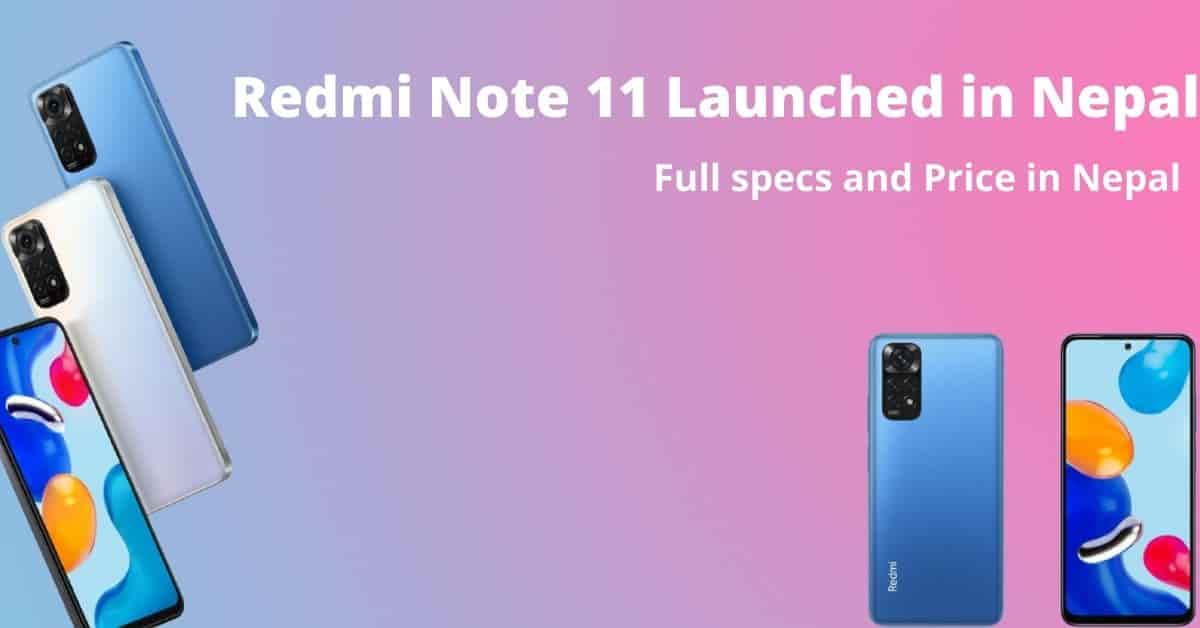 On Jan 26 Redmi released Redmi Note 11 as successor to Redmi Note 10 series. Redmi launched this new product via online event. Throughout the Note series Redmi have been providing wide variety of features in a mid-range price as compared to other brands. Let’s dive more into specs and price of Redmi Note 11

The global version of Redmi Note 11 Pro 5G, 11 Pro, 11S, and 11 have identical design. The phones in the series have flat edges and  include rectangular camera modules on the back and a front-facing hole punch camera. Below the volume rockers is the power key, which, like its predecessors, has a physical fingerprint scanner. Aside from that, let’s look at the peculiarities that distinguish them from one another. With thickness of 8.09mm and weight of around 180gms, this series is available in three color variant- Graphite Gray, Twilight Blue and Star Blue

The phone has touch screen display of 6.43 inches which is quite handy with FHD+ Amoled display. It has screen resolution of 2400×1080 pixel at pixel density of 399 pixel per inch and an aspect ratio of 20:9. It brings a 180Hz touch sampling rate and offers a peak brightness of 1000 nits.

This smartphone run on the android version 11 along with MIUI 13. It comes with chipset of Qualcomm Snapdragon 680 silicon manufactured using a 6nm technique, which reduces power consumption.

The phone comes with battery of 5000mAh with 33W of fast charging. The phone includes 4G LTE, dual-band Wi-Fi, Bluetooth 5.0, and an IR Blaster for connection.

Price of Redmi Note 11 in Nepal

Do check out Full specification and price of Realme C11