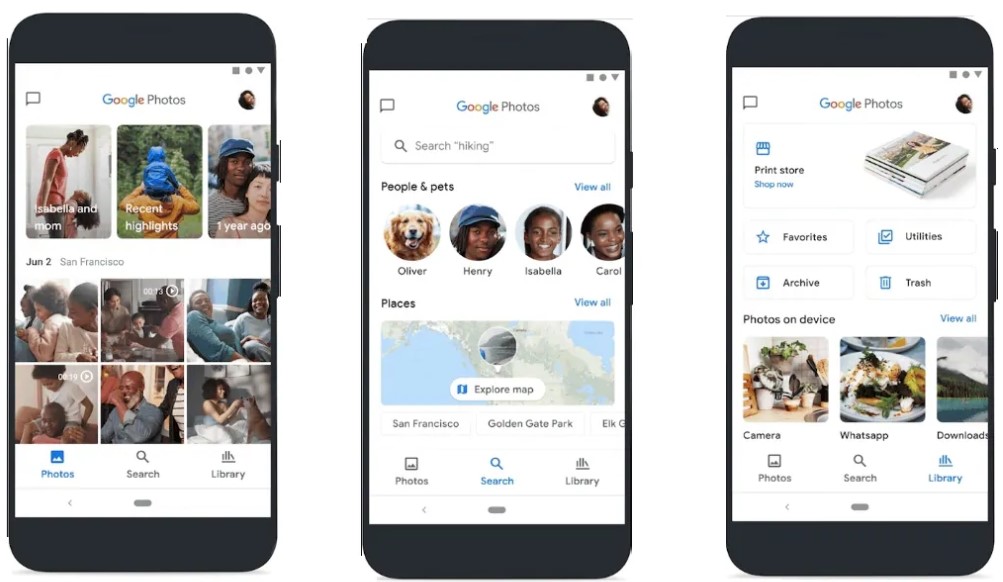 These all-new features look very exciting and personally I am very much excited and looking forward to this. Not only the design and look but itis making these changes to make more user friendly and easy to use with the content being front-and-center.

Now your normal google photos will be bigger on the page with far less empty space. The search function on the front also looks very prominent and eye-catching than before.

Memories bar is also better than previous and there also a map view there. This seems now Google photos is putting more emphasis on showing your old photos and videos. According to Google, this feature is loved by many of its users. So, now there will be more memories and different kinds including media and videos.

The new map feature in the google photos will now allow you to see the photos by the places you have been to and the will add more content to your memories.

Yipee, a new logo too

Google has also slightly refreshed the google photos logo. Now there is shadowed areas instead of squared edges. Colors are the same in the logo with this slight new design. The “simplified” look, though, already has many fans, personally, I don’t like it very much either.

So far, iOS is the only place this redesigned Google Photos logo is showing. The web and Android apps remain untouched, at least for now.

How to make “Besar Photo”?| Use PhotoLab Picture Editor

How to delete truecaller account and remove your phone number from it?