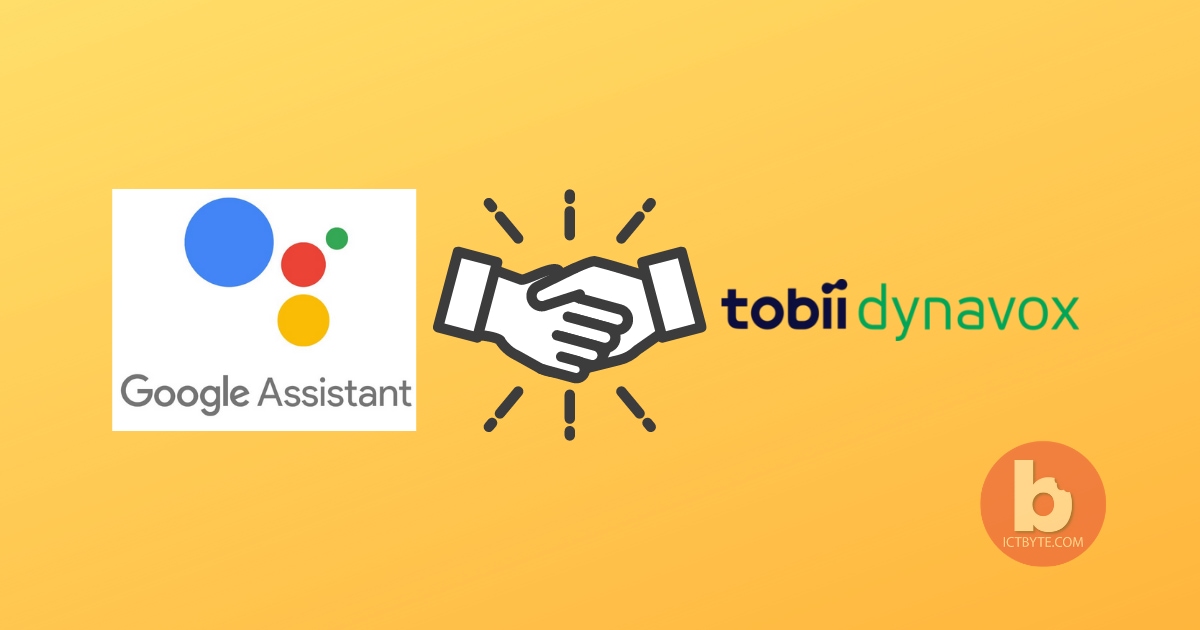 Google Assistant and  Tobii Dynavox to work together

We are quite familiar with the virtual personal assistant, ‘Google Assistant’ provided by Google on our smartphone. It helps us in many different ways as it performs various tasks on voice commands. Hmm… but is it helpful to all? What about people who are unable to issue vocal commands? So looking at that, Google is all set to Partner with Tobii Dynavox such that the people with vocal disabilities will able to use Google Assistant by touching the icons or by using only their eyes

Who are Tobii Dynavox?

Tobii Dynavox is a US-based-developer company formed in 1983, it is highly credited for developing and manufacturing speech-generating devices. They are the leading provider of symbol-adapted special education software and speech communication devices that are used to assist individuals in overcoming language, speech, and various learning challenges.  They also have a separate subsidiary widely known as ‘Tobii Tech’ for developing eye-tracking software for consumer electronics devices like laptops and VR headsets.

“Our main mission of this integration is to empower people with disabilities to be able to do what they once did or never thought possible. It consists of control your surrounding environment, possibility to communicate, and receive the same access to information and education as everyone else,”

So, Google is set to integrate Google Assistant into Tobii Dynavox’s Snap Core First line of dedicated tablets and mobile apps then people who have vocal problem talking can now use Assistant to control home appliances and other various smart home products.

The integration will make it convenient to control Google devices using one of Tobii’s speech synthesis machines, with

Note: Action blocks, which were introduced last year let you boil down a complex series of actions on a tablet or Android phone.