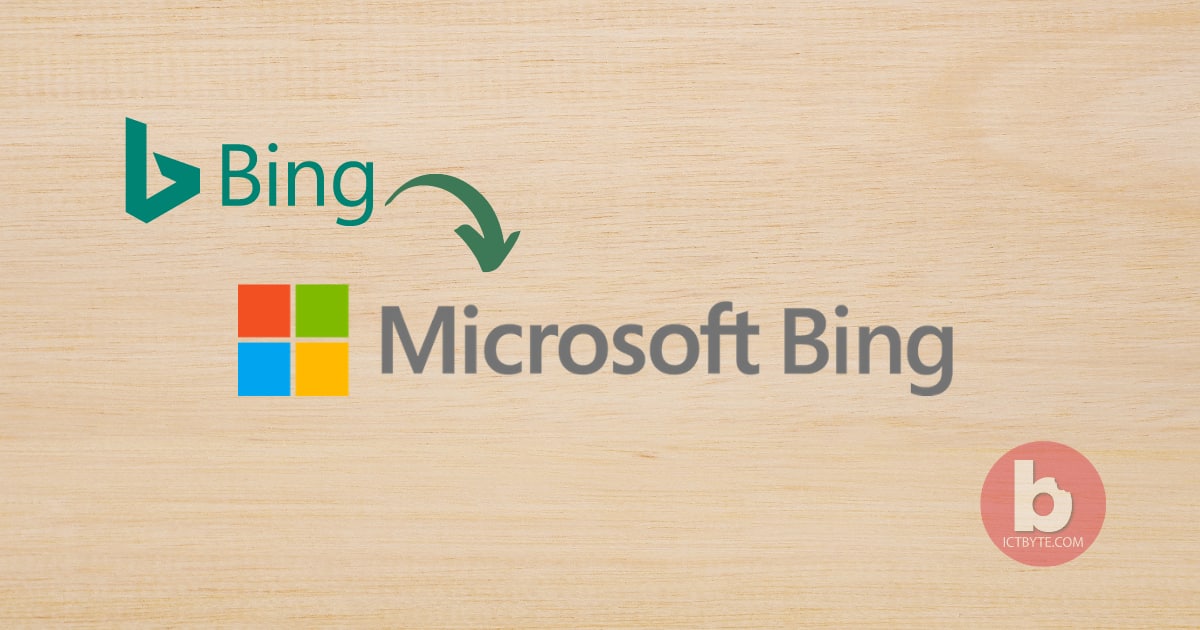 Microsoft has rebranded its search engine, Bing as ‘Microsoft Bing’. The main reason for this rebranding is not clearly known but Microsoft in their blog stated that as it was trying to expand various ways to expand Bing, Renaming the search engine would reflect the continued integration of search engine experiences across the Microsoft family.

This is not the first time Microsoft had rebranded their products

Alongside this rebranding, Microsoft also has been improving its separate Microsoft Search product gradually, which powers results across Windows, Office, and more. It also appears inside Bing to provide organizations a sort of intranet search for documents and more.