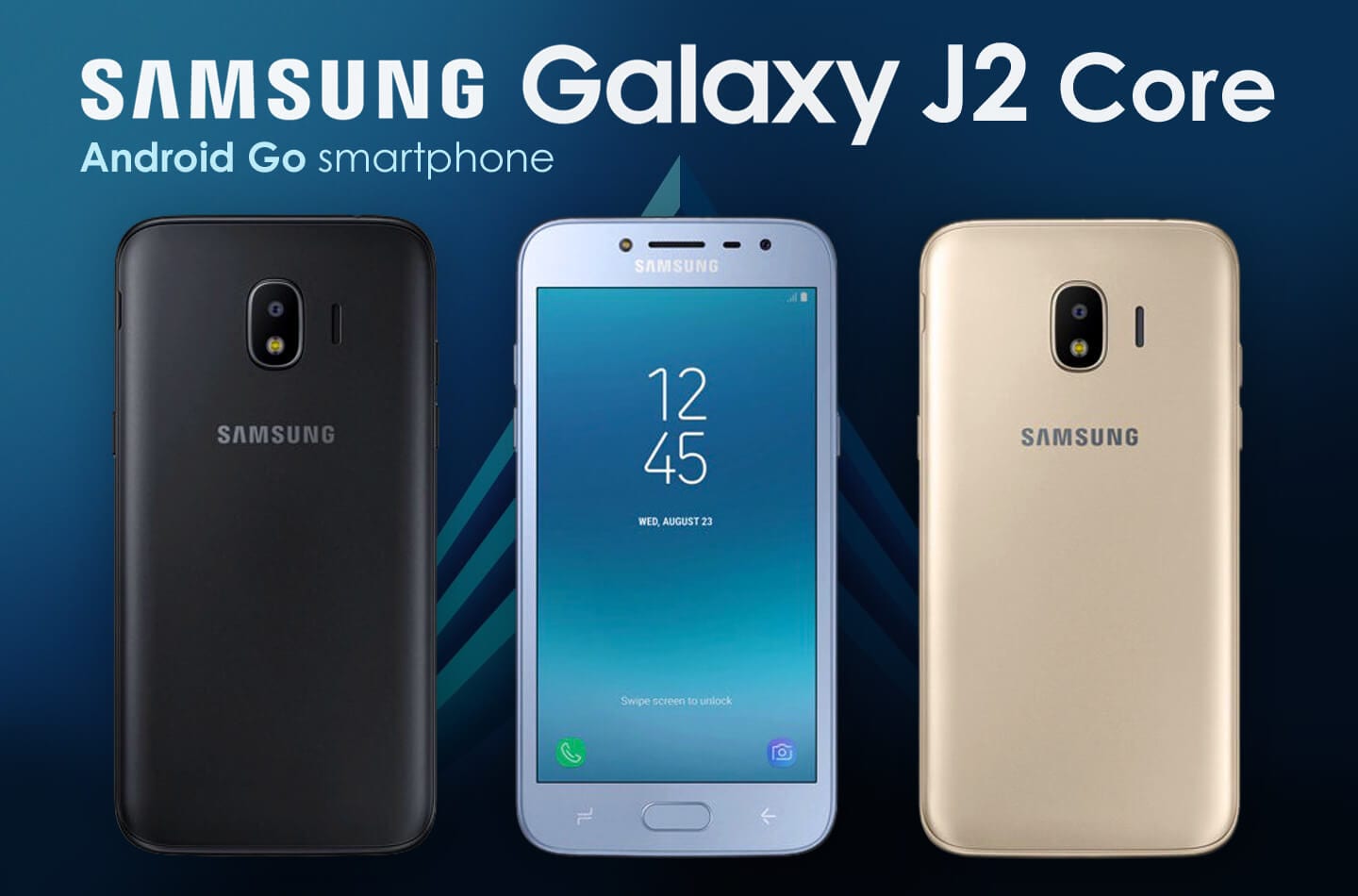 Most of the specifications seem to be unchanged compared to the 2018 model.
The plastic body design of the Samsung Galaxy J2 core 2020 is identical to the body of 2018 the model along with the same dimensions. This phone has a 5-inch display with a resolution of 540 x 960 pixels and a 16:9 display ratio. This phone is powered by the same old Exynos 7570 chipset.

The camera set is also the same as the previous 2018 model of the J2 core. This phone comes with an 8-megapixel rear camera with rear flash and a 5-megapixel front-facing camera. The rear camera has an aperture of f/2.2 and has auto-focus capability. The front camera also has an aperture of f/2.2 but does not have auto-focus capability. It can capture FHD (1920 x 1080) videos at 30
frames per second.

This phone runs on Android Oreo 8.1 (Go Edition) which is a lighter version of Android and Samsung has claimed it to be 15% faster while opening apps. The Samsung Galaxy J2 core comes with 2600 mAh battery and Samsung has claimed a 15 hour of internet usage while using wi-fi on a single charge and 12 hours battery life while playing videos. Other features include Wi-Fi 802.11
b/g/n, Bluetooth 4.2, GPS, FM radio, MicroUSB 2.0, and 3.5mm headphone jack.

How to get better & faster performance in Google Chrome?