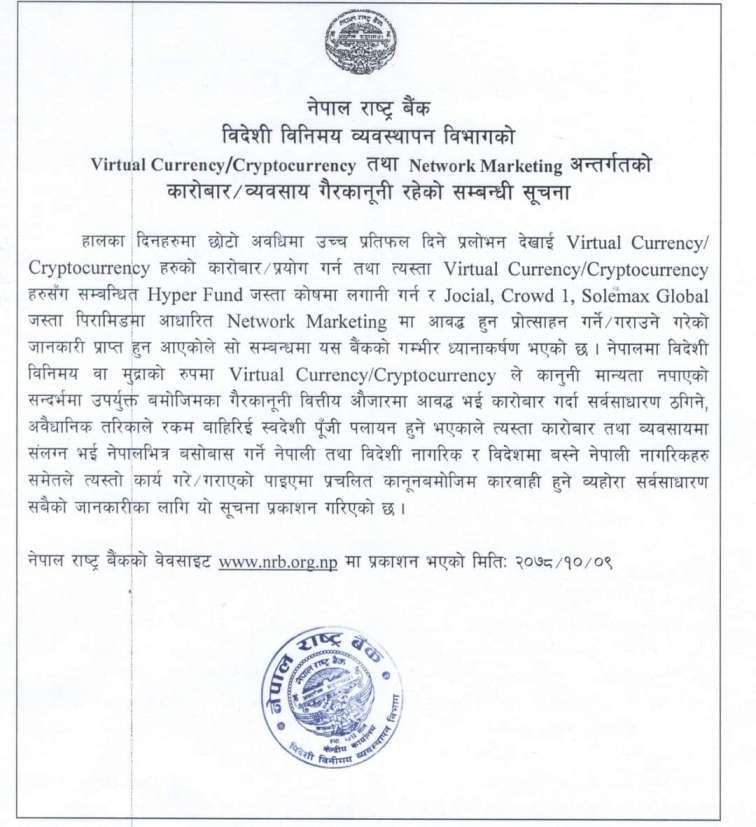 Nepal Rastra Bank (NRB) again warns people not to trade cryptocurrencies and virtual currencies as they have not received legal in Nepal yet. In a statement issued by NRB, it is said that NRB has received information about trading in virtual currency, cryptocurrency and investing in various funds where people are expecting high returns in a short period of time.

Virtual currency and cryptocurrency have not been legally recognized as foreign exchange or currency in Nepal. And the central bank, NRB said in its statement that it will take legal action against those involved in such transactions. NRB said that public will be deceived and capital will be lost while involoving in such transactions.