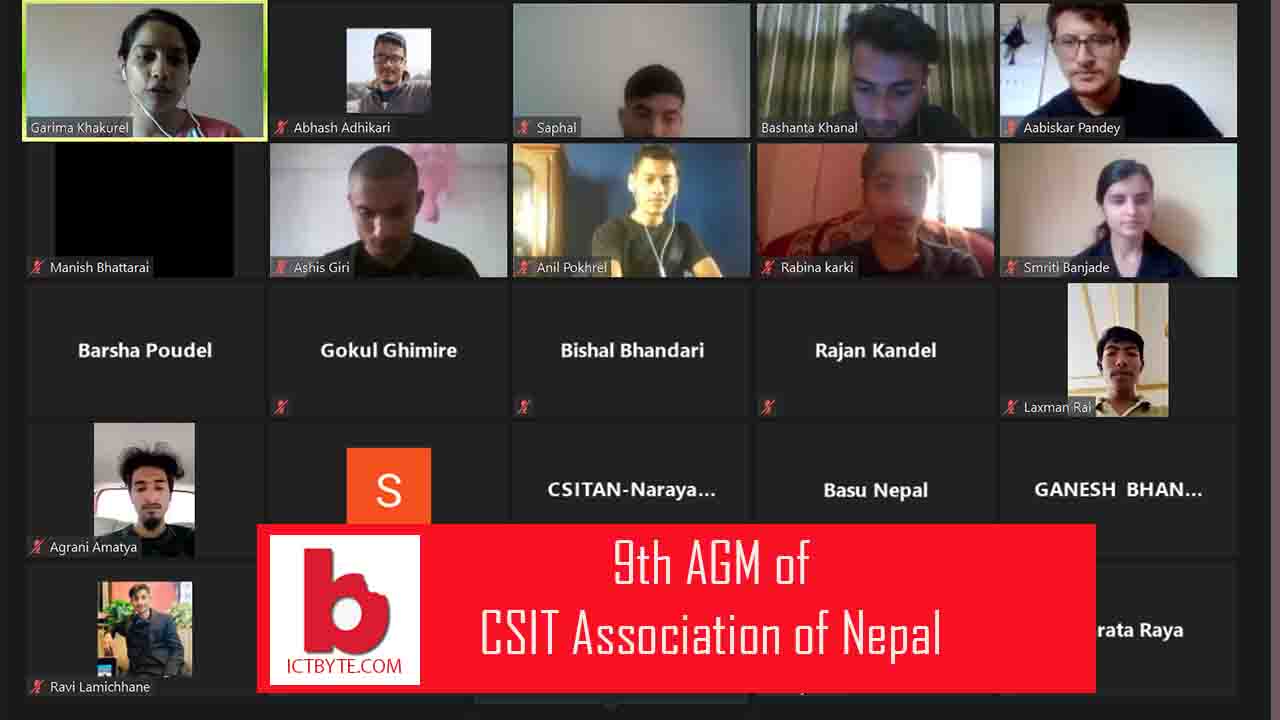 CSIT Association of Nepal completd its 9th Annual General Meeting on 9th of September 2020. The meeting was sucessfully conducted virtually via ZOOM.

In the first session of AGM, with host Barsha Paudel, Garima Khakurel (Immediate Past President), Abhash Adhikari (Former President) and Gokul Ghimire (Former President) talked about the different aspects of CSIT and CSIT Association of Nepal from the initial stage up to now.

There was presence of 60+ members of CSIT Association of Nepal in the annual general meeting.

The meeting was concluded with the experience sharing of executive committee members, past executives.