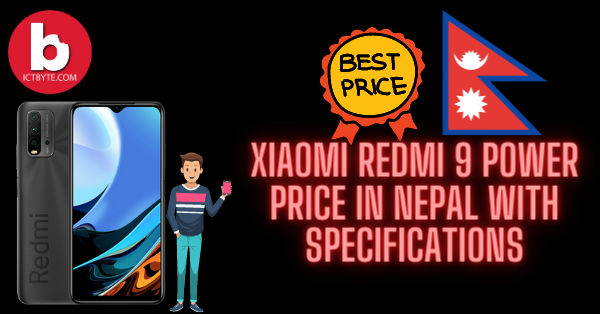 Redmi 9 Power smartphone was officially launched on 17th December 2020. Redmi 9 power is manufactured with a 6.53-inch touchscreen display with a resolution of 1080×2340 pixels and an aspect ratio of 19.5:9. Redmi 9 power has an octa-core 662 Qualcomm Snapdragon processor which speed up the processing speed. It has 4GB RAM. The Redmi 9 Power runs Android 10,MIUI 12 and is powered by a 6000mAh battery. The Redmi 9 Power supports proprietary fast charging and reverse charging.

As far as the cameras are mostly concerned, the Redmi 9 Power on the rear packs a 48-megapixel primary camera; a second 8-megapixel camera; a third 2-megapixel camera and a fourth 2-megapixel camera. The rear camera setup has autofocus. phone sports a 8-megapixel camera on the front for selfies camera.
Redmi 9 power phone runs on own xiaomi MIUI 12 on Android 10 operating system and packs 64GB of inbuilt storage that can be expanded up-to 512 GB via micro SD card with a dedicated slot. The Redmi 9 Power is a dual- GSM sim cards and also a smartphone that accepts Nano-SIM and Nano-SIM cards both. The phone is measured in 162.30 x 77.30 x 9.60mm (height x width x thickness) and weighs 198.00 grams. It was originally launched in Blazing Blue, Electric Green, Fiery Red, and Mighty Black colours.