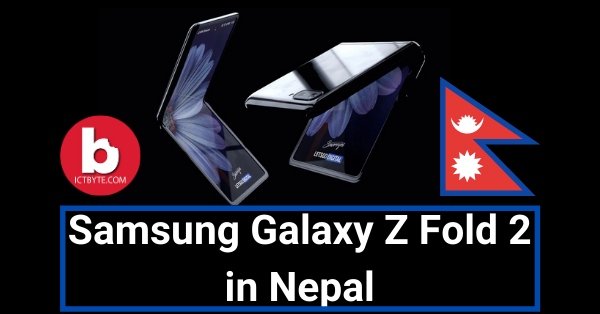 A couple of weeks ago Samsung Galaxy Z Fold 2 is rolled in Nepal with pre-ordering feature.As it is the first phone in Nepal in a folding feature. So, Take a short glance about the Phone full information.

In the past year Samsung Galaxy has done a experiment of fold-able phone which is one of the most innovative idea. But the cons is that the phone had faced some many durability issues at the time of manufacturing. As they can’t able to solve all the inability they tried to fix the issue, as the result the launching date was postponed so many times. But later they are successful to make the phone as a juicy phone.

Samsung Galaxy Z Fold 2 is 2G, 3G, 4G and also 5G capable. This mobile phone has a built-in GPS receiver. GPS is a satellite based navigation system that allows the addresses of the exact geographical location on Earth.

We hope these guidelines help you to know Samsung Galaxy Z Fold 2: Full Specification, and Price in Nepal . If any queries arise regarding this topic then ICT BYTE recommend you to comment below. Here, we are always active to help you so don’t hesitate to share your doubt.

Samsung Galaxy A52 Price and Specifications