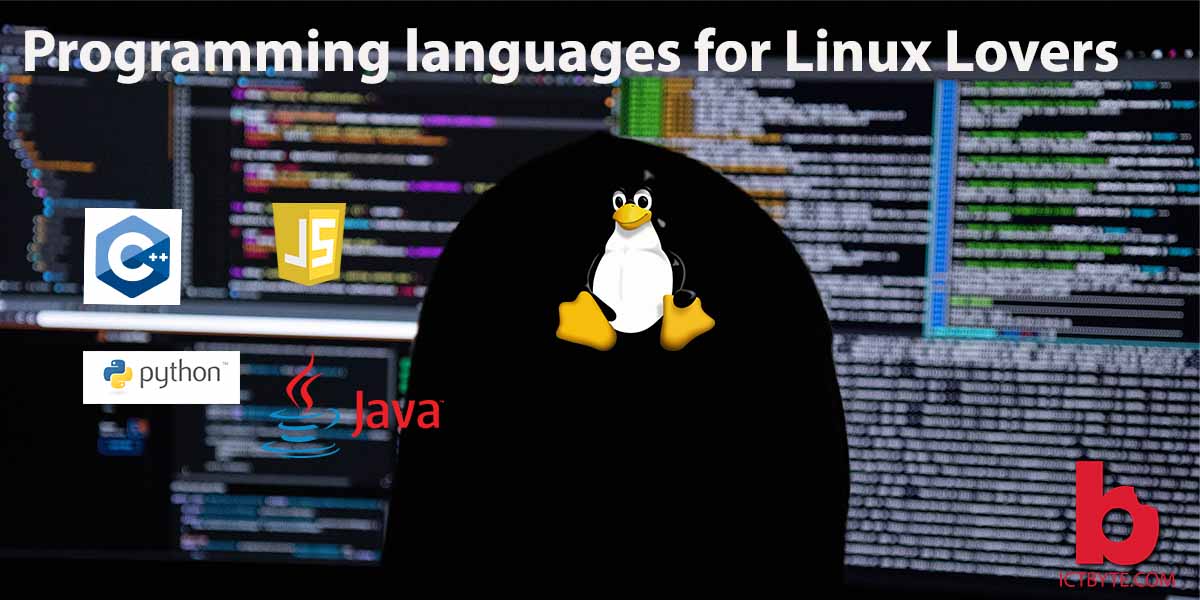 Linux is one of the most customizable and user-controlled operating system in the current time. Linux provides freedom and authorization to the user to use it at its best. So, Linux is very popular among people who know how to use it. Nowadays, developers are developing more and more software applications for Linux. And, in this article, we have a list of programming languages for developing applications in the Linux environment.

Java is one of the most popular programming languages among programmers. In addition, it is also platform independent which means that it can run across all operating systems. It is a very powerful and fully object-oriented programming language. Also, while migrating from Windows or Mac OS to Linux, it is very useful because you do not have to port all your existing applications.

Python is another popular programming language for Linux as well as other platforms. This is one of the most beginner-friendly programming languages and is very easy to work with. It has a very simple syntax and is very much close to a human-readable form. Since it has simple syntax, codes in python are shorter and more cleaner. Also, for grouping block of codes, python uses indents instead of curly braces. As a result, the code looks cleaner.

Developers use Python in various sectors like web development, game development, scientific research, scripting, and many more fields. You just need to write a few lines of code in python for concepts that would require a larger block of codes in other languages. Moreover, you can index, slice, or manipulate the list in Python and it will still be understood. In addition, you can also use frameworks like Qt and GTK which will help you in the development process.

In addition to allowing a system user to interact with the kernel, Shell itself is a programming language. In Linux, we are interacting with the shell every time we use the terminal. Shell works well with BASH (Bourne Again Shell) which is the most used shell in Linux. You can also display GTK+ dialog box from the terminal by using Shell with tools like Ot et ‘al and by using scripts.

JavaScript was primarily made to make pages more dynamic but now it has evolved. When you use JavaScript along with HTML and CSS, you can build great applications in Linux itself. When you use it along with the Electron framework, it helps you to settle the difficult parts like providing automatic updates, native menus, and notifications, reports on crashes, and windows installers. In addition, it also helps you with debugging and profiling. Moreover, it is easy to learn as well.

Aeloi: Loan service now in digital token for the first time in Nepal