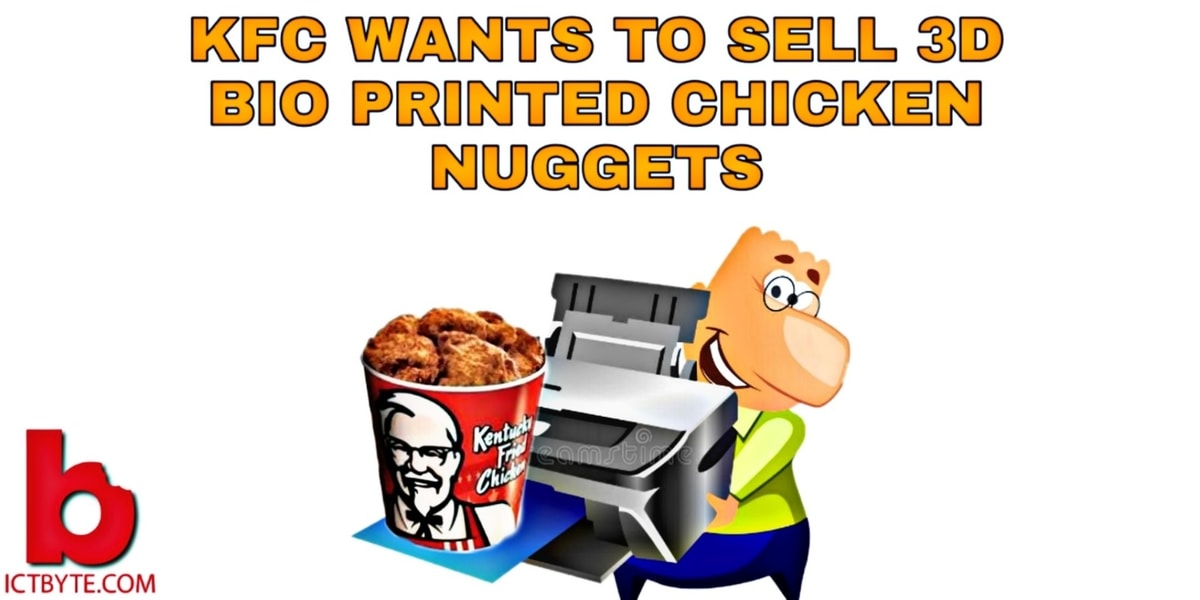 On July 16, KFC announced it would test chicken nugget in labs that are 3D bio-printed which will be conducted in Moscow, Russia. KFC partnered with 3D Bioprinting Solutions to create chicken nugget that will hold the same taste and appearance of the original chicken nugget.

Also, this release will be the 1st time a major fast-food chain will develop a lab-produced meat product. If this becomes a success then this will be a huge step for the cell-based meat industry. The main target is to produce the taste and the texture of original chicken meat without harming animals.

It is a 3D meat printing process. They prepare it using plant and animal cells. Also, it should hold the texture and taste of the original meat.

KFC expects the lab-grown meat production to be more environmental friendly than other processes of its traditional chicken nugget. KFC will give 3D Bioprinting solution all the necessary ingredients in order to achieve the signature KFC taste. In press release Raisa Polyakova, the CEO of KFC Russia said that this method was the next step in the development of ‘Restaurant of the future’ concept.

Also, claimed that this may help to tackle global problems. The co-founder and managing partner at the 3D Bioprinting solution said that this will help to speed up the production of cell-based meat and added that this will make the 3D meat widely accessible.

Although the lab meat is not much in use in the market. It mainly comes in use for research purposes. Lab prepared meat will not be vegetarian. So, this may be an alternative to the production of meat but is not for vegetarian people.