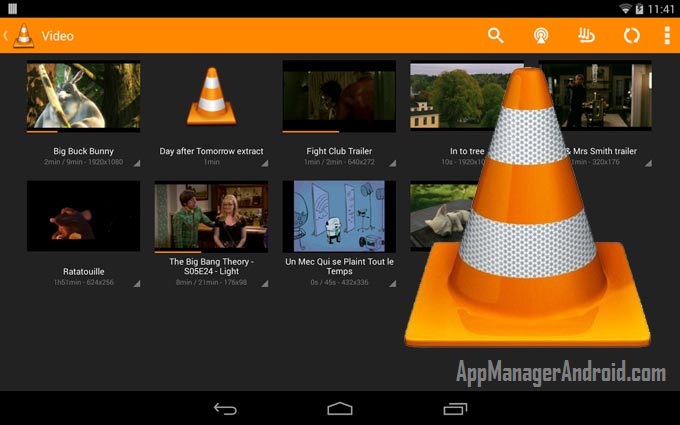 Still, confused about the selection of free media players for Windows 10 PC? Don’t worry we have got an answer. It is the software that allows you to play audio, video in computer. For Windows, Windows Media Player is the default player from Microsoft. The importance of media player is increasing as we stream audio and video almost every day with an increasing number of new formats. We should consider those players which can support all kinds of file format such as MKV, FLV, AVI, MP4, MOV, etc.

The emerging problem with new video player is that they contain bugs, performance lag and poor UI support. Here is the list of 12 best media player for windows that are great in performance, supports almost all new formats, lightweight and free of bugs.

VLC is one of the most popular and free media players for windows 10 PC. which is free of cost. It is popular because it can run files of various format. Most of the windows user use this because it is the default player of Microsoft. Whenever we talk about media players, the only thing that comes to our mind is VLC Media Player. It has been in the game for a long time and it has many users. The reason behind the popularity of VLC is that it is supported in various platform such as Windows 10, Windows 7, Windows XP, etc.

Checkout: Play any youtube video with this simple VLC trick

Compared to VLC, Pot Player might be less popular but in terms of performance, it is not less. In fact, it supports more file type. It is used because it is lightweight and has more features. It can deliver maximum performance because of its techniques like CUDA, QuickSync and DXVA. It has great features as you can choose between sound card, bookmark favourite scene, etc.Also, it can support various types of 3D videos.

Among all the media players, GOM player is also considered as one of the best and free media players for Windows 10 PC. One of the great features offered by GOM player is that it allows the option to play youtube videos in your desktop. It has all the basic feature such as screen capture, speed control and video player capture. With its services such as easy navigation and simple UI, it comes in mind of many users. It has tremendous features like 360-degree video, simple UI and ability to play damaged files.GOM player is very widely popular in the marker after VLC player.

The best feature provided by 5K Player is that it has airplay mirroring, 5k video support and free video and audio download. 5k player is a good video player for windows 10 with various video codecs and formats. This video player is well known because it lets to import videos and audios from various websites. It is good for playing ultra-high resoution videos such as 4k, 5k and 8k.

Also known as MMW(MediaMonkey for windows). It is the latest addition for audio&video players in windows 10. It is the best tool for video and audio library management. It has one of the cool features called volume normalization such that you don’t need to adjust your volume every time.

The interesting thing about KM player is that you can add external codecs here and it is more popular because of its record-breaking viewership. This video player can support various format such as 3D,4k and UHD which allows users to enjoy more. The interesting feature provided by KM player is that you can edit the subtitle within this media player. It is preferred by users in windows 10 because it has smooth playback with internal codec file, extends support to 36 languages and is completely free

Media Player Classic is one of the most lightweight players which can support every type of file including 360 degree and 8k video. It was first released a decade ago. With a slight change and improvement, its new version is performing really good and is giving competition to a popular media player such as VLC. Its best feature is that it has a customizable toolbar, requires very low resource and has simple and clean UI.

Plex is designed to take care of large media collections such as videos , TV shows, audio ,etc. The best thing about this video player is that you can add Plex app in your mobile to control your video player. It can support all types of files including Hi-Fi music and video format. This is also one of the selected player for windows.

Kodi is a free and open-source audio and video player that can be used on Windows 10 for a great experience. It was also called Xbox Media Center for Xbox gaming console. It provides great functionalities where you can add services like Netflix, Youtube, Hulu, etc. It is popular because of its media centre experience, content streaming and TV interface. Due to its tremendous features, it is included in the list of best and free media players for windows 10 PC.

The next entry in our list is DIVX player which is also considered as one of the best and free media players for windows 10 PC.It is popular because it provides free HEVC playback. It supports almost all format such as MP4, MKV, DIVX and AVI. Trickplay is the advanced feature provided by this player which allows you to jump to your favourite scene easily. The best thing about this player is that it is completely free of ads and has lots of converter features.

MPV Player is very suitable for windows as it has the simplest UI. Its basic features like playback control, sleek bar, subtitling tool and full-screen button on the home page provides the user with a great experience. This video player was favourite among Linux users but now it has risen among the windows user too. This is the best media player for those who want simple, fast and reliable video player.