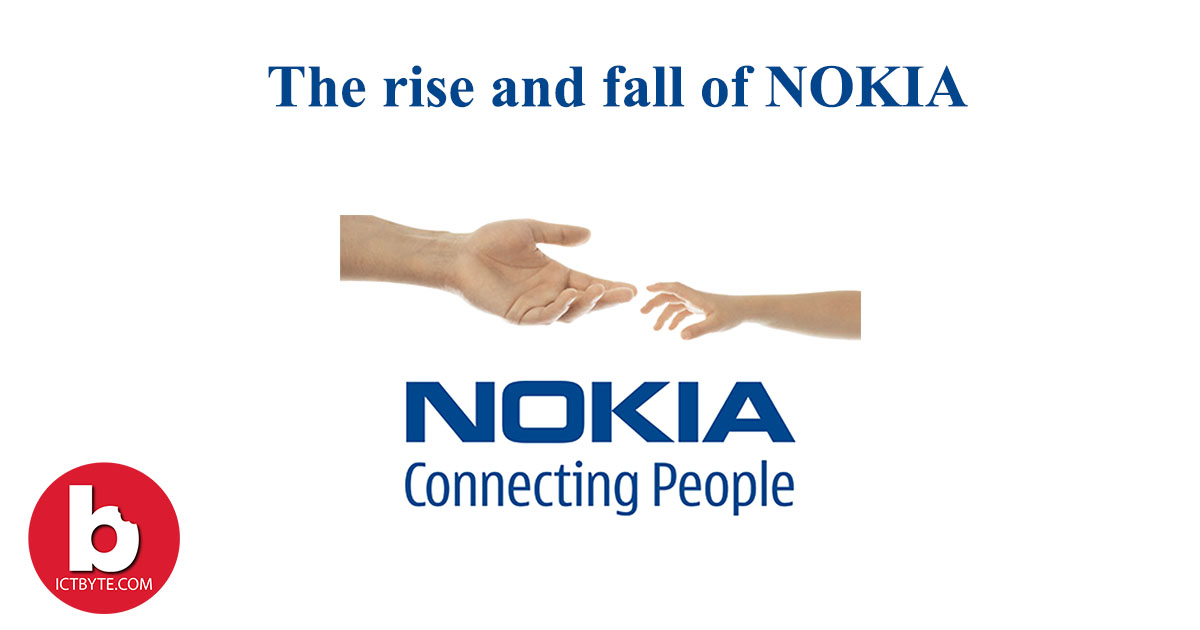 Nokia was a revolutionary Finnish mobile phone brand that brought us so many amazing phones including the N series, and Xpress music series. However, as the smartphone era began, the fall of Nokia began with it.

The rise and fall of Nokia

The rise of Nokia

Nokia was not into telecommunication at first. It started as a pulp mill in 1865, before getting into rubber. Nokia expanded into the mobile business and built itself as the global market leader in the mobile phone industry. And, by 1998, Nokia became the world’s largest mobile phone brand overtaking Motorola in the process.

In that process of becoming the world’s largest mobile phone brand, its operating profit increased from $1 billion in 1995 to almost $4 billion by 1999. At its highest, Nokia had a 51% global market share in mobile phones in 2007. Apple had just a 5% market share at that time. It is a great feat for Nokia to have that much market share. Till then, there were not many competitions in the market.

The fall of Nokia

The rise and fall of Nokia in the mobile phone market were very eventful. No one would have thought that Nokia would fall during that time. The beginning of the fall of Nokia started when Apple introduced iPhones with iOS and Google announced the Android OS.

At a time when most smartphone makers were using Android and Apple was using iOS, Nokia did not adapt to this change. Instead, they created their own Symbian OS. While iOS and Android were app-based OS, Symbian OS was device based as a result of which Nokia was using 57 different and incompatible versions of Symbian OS.

Even after such problems and growing popularity of Android, they were reluctant to change their OS. While big manufacturers like Samsung and Huawei were fast to adapt android and increase their share in the market, Nokia instead decided to partner up with Microsoft in 2011 to implement the Windows phone OS.

Well, you might have guessed what happened next. Android continued to grow its share in the phone OS market and Nokia’s move to use Windows phone OS marked the downfall of Nokia in the market.

Nokia finally switched to Android in 2014. However, there were already so many established smartphone manufacturers in the Android scene, and Nokia never recovered from there.

The rise and fall of Nokia timeline

The rise and fall of Nokia is shown below in the timeline for more better understanding:

What happened to Nokia after the rise and fall of Nokia?

After the rise and fall of Nokia as documented above, Microsoft finally acquired Nokia in 2013. After that, Nokia also started using android as their operating system. However, other mobile phone brands were already established and there were too many brands to compete with. So, Nokia’s decision to adapt Android came as a move too late.

Nokia could not establish itself as the leading brand as it once was. And later in 2016, Microsoft sold the Nokia brand to two companies: HMD and Foxconn. Nokia is still in the smartphone market but it is not even nearly as successful as before.

If you are interested in latest Nokia smartphones then here’s Nokia mobile phones price in Nepal 2020.

What can we learn from the rise and fall of Nokia?

With such a huge example of the rise and fall of Nokia, one should learn that you should never be afraid of change, but you must embrace it instead. Also, the environment in the organization itself was also said to be the cause of this downfall. They were reluctant to accept the truth or admit that what they were doing were wrong and needed to change things because of which they could not come up with any effective plan to stop this downfall.

What are your thoughts on this? Leave you comments below.