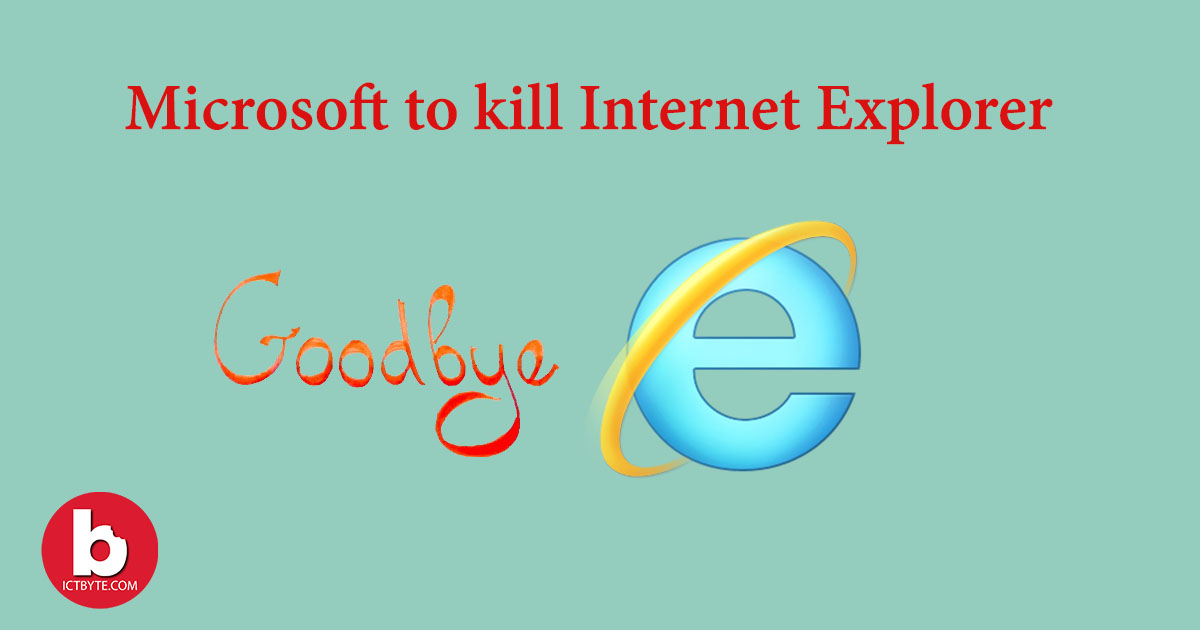 Although normal people did not use Internet Explorer, there are various enterprises that uses them. So, keeping that in mind, the customers will no longer be able to access Microsoft 365 apps via the browser, however, all the IE 11 applications will continue to function. IE 11 is the latest version of Internet Explorer available currently.

Why did Microsoft decide to kill Internet Explorer?

Internet Explorer is not preferred by most users as their web browser for some time now. They prefer other better web browsers like Google Chrome and Mozilla Firefox.

“Customers have been using IE 11 since 2013 when the online environment was much less sophisticated than the landscape today. Since then, open web standards and newer browsers – like the new Microsoft Edge – have enabled better, more innovative online experiences,” said Microsoft.

In addition, Microsoft has a new web browser i.e. Microsoft Edge browser which is much better and compatible, therefore Microsoft has decided to kill Internet Explorer.

Also read: How to get better & faster performance in Google Chrome?

What next now for Microsoft?

Also, the older versions of Microsoft Edge which is not based on Chromium has been given the term Edge Legacy and it will also be phased out on 9th March 2021.

Microsoft said, “At a time when IT professionals are being asked to do more with less on an unprecedented level, we want to make it simple for our customers to balance productivity, security, privacy, and cost.”

“The new Microsoft Edge is our best expression of a modern browser – we’re excited for customers to experience it.”

Are you sad that Microsoft decided to kill Internet Explorer? How excited are you for the new Microsoft Edge? Leave your opinions on the comment section below.