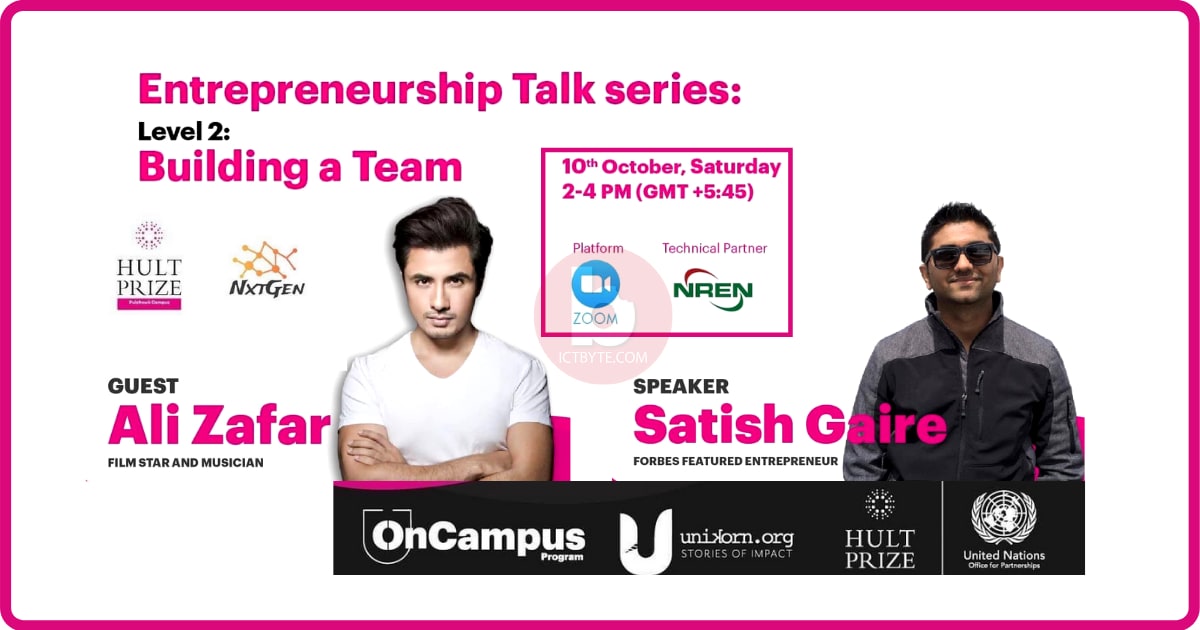 Ali Zafar, a Bollywood celebrity of Pakistani origin, also had a one-hour virtual presence in the series. The program was conducted by the students of the Pulchowk Campus.

Satish Gaire, a successful entrepreneur was also a speaker of the event who has been featured on global sites such as Forbes, IBT, CNN and many more.

In the talk series, Satish Gaire talks about his business journey and the struggles he has faced. And he talked about how to build a team. He told everyone how to move forward in the journey of an entrepreneur and encouraged everyone to go to the field.

Later in the talk series, Pakistani superstar and famous Bollywood actor and singer Zafar spoke about his hard work and women’s rights.

He talked about his work, activism and humanitarian work, how to lead the youth towards change, and also sang his song from his film at the request of his fans.

It was a wonderful session with lots of value adding talk. If you have missed the session live, here is the live recording from the organizers;