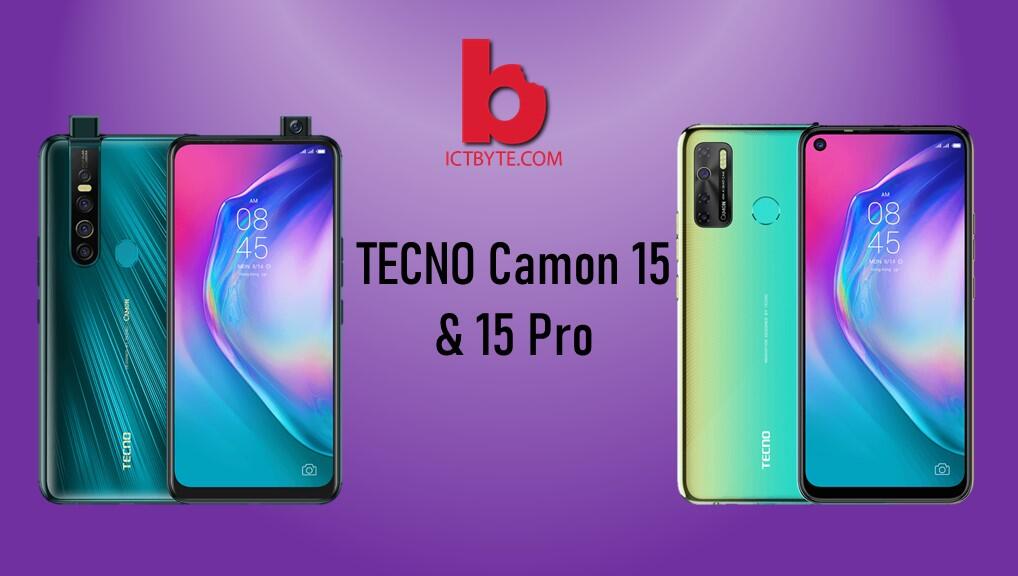 Tecno Mobile is a Chinese mobile phone company which is located in Shenzhen. It has been manufacturing mobiles since 2006. The brand of mobile phone is quite popular in the African market. However, it is an unknown brand in Nepal. It is planning to open the business in the Nepali market with Tecno Camon 15 & 15 Pro. Let us look at the features and specs of the phone and expected price in Nepal.

Furthermore, the phones have a plastic back and a glass front with a plastic frame. The Camon 15 has a punch hole on the front for the selfie camera. Whereas the Camon 15 pro has a pop-up camera on the front.

On the front both the Camon 15 has a 16 MP punch hole selfie camera with Dual-LED flash. And the 15 pro has a Motorized pop-up 32 MP selfie camera.