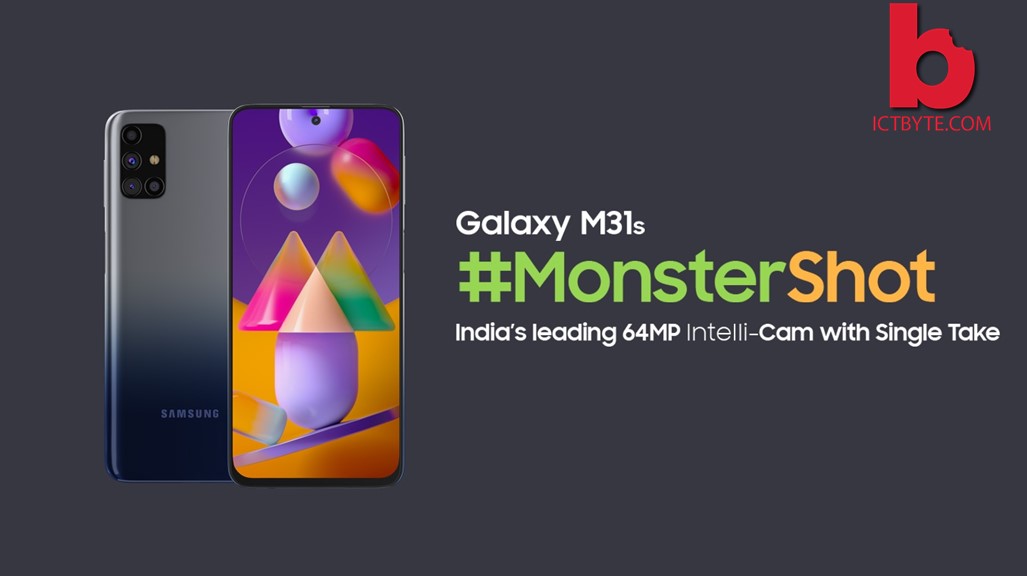 Samsung recently launched the s model of its popular mid-range phone, Galaxy M31s. The phone has been marked by #monster. Likewise, the phone is said to have a monster processor, monster shot, monster display and so on. Moreover, the features of M31s, on the paper does seem promising. Let us look at the specs and the features of the phone with the expected price in Nepal.

The phone has a dimension 159.3 x 74.4 x 9.3 mm and weighs 203 g. Similarly, it has a 6.5 inch Super AMOLED capacitive touchscreen. Furthermore, the phone is protected by Gorilla Glass 3. Moreover, the front is made up of glass and the back has a combination of glass and plastic or as called “glasstic”. The phone has a small punch hole on the front for a selfie camera.

On the back, we have quad-camera which includes 64 MP normal camera, 5 MP macro lens, 5 MP depth sensor and 12 MP ultrawide lens. There is also a LED flash on the back. On the front, we have a single 32 MP camera.

Similarly, the battery of the phone is a 6000 mAh that comes with 25W quick charger. The battery will last more than 1 day.

The phone is available in India through amazon from6th of august. However, in Nepal, the phone may arrive in late August or September. The price of the phone in India is ₹19,499 and ₹21,499 for the 6/128GB and 8/128GB respectively. Here is the expected price in Nepal.