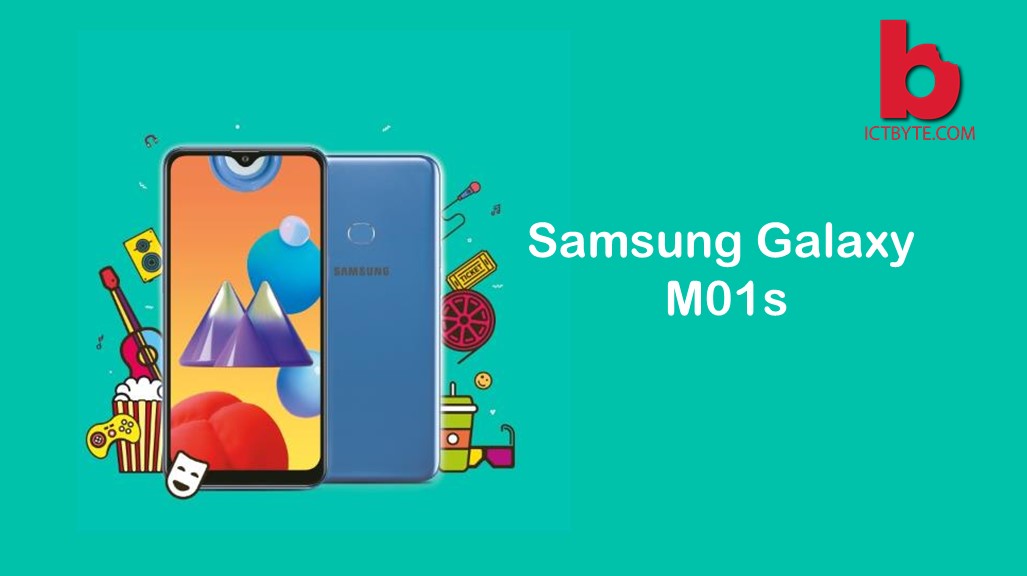 Samsung is known to provide smartphones of the different price range. With many Chinese brands trying to dominate the budget phone market, Samsung showed its intelligence with the Galaxy M series. The M series is priced less than 20,00 and it has a new member in the family, Samsung Galaxy M01s. Let us look at the specifications and features of Galaxy M01s and expected price in Nepal.

Galaxy M01s runs on the Android 9, Samsung One UI core1.1. The phone is powered by Octa-Core which includes Octa-core, 2 GHz, Cortex A53 processor. Similarly, the phone runs on the MediaTek Helio P22 chipset.

The phone has a dimension 157.00 x 76.00 x 7.80 mm and weighs 168.g. Similarly, it has a 6.2 inches PLS TFT LCD capacitive touchscreen. You get to see a waterdrop notch on the front of the phone for the selfie camera. Likewise, it has an infinity V display.

For photos and videos, the mobile phone has a dual-camera which consists of 13 MP main camera and 2MP depth sensor. The back also includes a LED flash.

On the front, we have a single 8 MP, camera. The camera performs well in the daylight as well as in the night time.

Similarly, the battery of the phone is a 4000 mAh non-removable. The battery will last a day.

The phone has up to 32 GB storage with expandable memory up to 512 GB.
Moreover, network connectivity options on the phone include Dual SIM (Nano-SIM, dual stand-by), Wi-Fi 802.11, b/g/n, Bluetooth 4.2, GPS/AGPS, USB type C. There is also 3.5mm headphone jack.

The phone is available in 2 colors: Gray and light Blue.