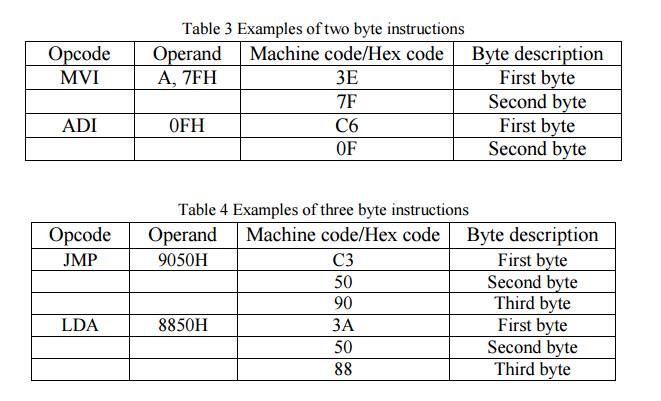 Introductions are commands to perform a task in the microprocessor. The instructions consist of opcode and data called an operand. The operand may be the source only, destination only or both of them. Similarly, the destination can be a register, a memory location, or an output port. The various format of specifying the operands are called Addressing mode. The 8085 has five addressing modes.they are given below:

The instructions using this mode specifies an effective address as a part of the introduction. The instruction size either 2-bytes or 3-bytes with first-byte op-code followed by 1 or 2 bytes of address of data.

This type of addressing is called absolute addressing.

This mode specifies the register or register pair that contains the data.

Here, register B contains data rather than the address of the data. Other examples are ADD, XCHG, etc.

The instructions of this mode do not have operands.

Qualcomm Snapdragon 875. What to expect from it?

Hi, I am Alina Thapa from Bhaktapur currently pursuing my bachelor's degree in BCIS at Medhavi college. The passionate mind and clear crystal heart of mine defines me more.forward-thinking to join in digital marketing to develop information to improve my performance.

Qualcomm Snapdragon 875. What to expect from it?

We’re closing in on Qualcomm’s yearly December flagship launch. This year’s chipset is expected to be called the Snapdragon 875, boasting improvements to 5G networking, general uplift in performance, and machine learning capabilities. For the past years, Qualcomm has revealed its new flagship chip at its Snapdragon Summit in December. This year’s summit is all digital but they aren’t changing the company’s plans to launch Qualcomm Snapdragon 875 on December 1. While Qualcomm is plentiful, Huawei and Apple did beat them to the 5nm punch. With the Snapdragon 875, Qualcomm is expected to bridge that gap.

On the other hand, the 5mn 875 already offers an improvement over last year’s Snapdragon 865, and now it should sustain its peak performance better than 865 plus. The brand new chip is expected to be used in all class flagship telephones for 2021, including the next-generation Samsung Galaxy S21. If you want the most powerful Android phone for 2021, then, it will come with the Snapdragon 875.

There is still a whole lot know about the new System on a Chip (SoC) but we have got all the key rumors on Qualcomm’s next flagship processor. Here’s everything we can expect from the Qualcomm Snapdragon 875 processor.

Built on a 5nm process

Apple turns out to be one step forward in the competition in chipset design for some years now. It claimed the name of the first corporate to unlock a consumer-ready 5nm with the A14. This is used in the iPhone 12 series. Now, it’s Qualcomm’s turn. The Snapdragon 875, will certainly be built on a smaller process that means the Qualcomm can fit more transistors on a chip of a similar size. Which translates to better performance, as well as decreases energy intake relative to performance.  So, we can expect an improved CPU performance on the Snapdragon 875.

Chipmakers have been shifting away from simply improving on raw performance on their chipsets and they are trying to improve in other areas possibly make more of an impact.  So, Qualcomm is expected to proceed with that trend with the Snapdragon 875.

It’s almost sure that the company will carry on to build on its spectra image single processor, especially considering the emphasis phone makers have kept on image processing over the few years. But this might come with the type of the ability to procedure higher resolution video at higher frame rate options like higher object recognition, intensity mapping, and HDR processing. The chipset is also likely to move on from being Wi-Fi ready to receiving full Wi-Fi 6 supports. And the addition of Wi-FI 6E networking is possible as well.

The biggest networking in 2020 is the adaption of 5G. The Snapdragon 865 was paired with the latest X55 5G modem, it was actually separate from the main SoC. Snapdragon 865 has driven up the component cost, profit margin, and straining smartphone prices. So, it will probably that will change with Snapdragon 875, especially given the fact that the Snapdragon 765 has an integrated 5G modem. This could be helpful in better energy efficiency and a smaller footprint.

The move to integrated 5G modem in the Snapdragon 875, is arguably the biggest single improvement Qualcomm could make to its premium 5G chipset. Either way, the Snapdragon 875’s capabilities will most likely be the newest Snapdragon X60 modem, as noted by Android Authority. That modem gives provider aggregation for sub-6 and mm-Wave 5G networks, high quality 5G Voice-over features, and peak download speeds of whopping 7.5Gbps and 3Gbps upload. However real-world results won’t hit those dizzying heights.

What about a Snapdragon 875 Lite?

Rumors also point to a lite version of Qualcomm’s upcoming Snapdragon chipset. Which will be cheaper while offering near-flagship performance, 5G support, and a smattering of top features. we’ll have to wait and see though. The 700 series Snapdragon hips have been popular in the different phones that were lauded for their great performance at affordable prices. For that reason, we could expect to see a new 7 series to fill that gap, with the 800 series reserved for the true top end. 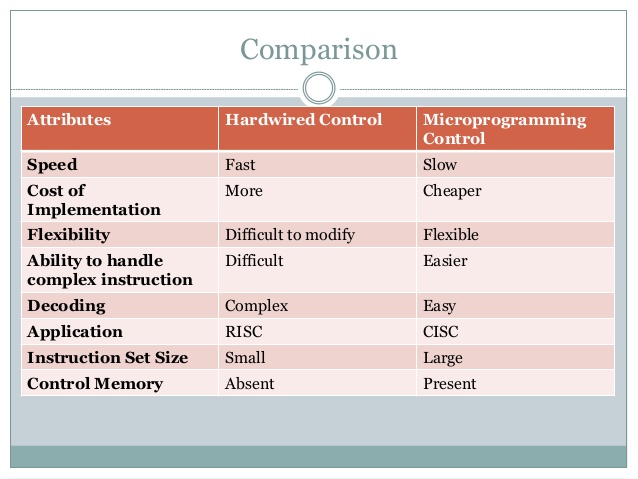 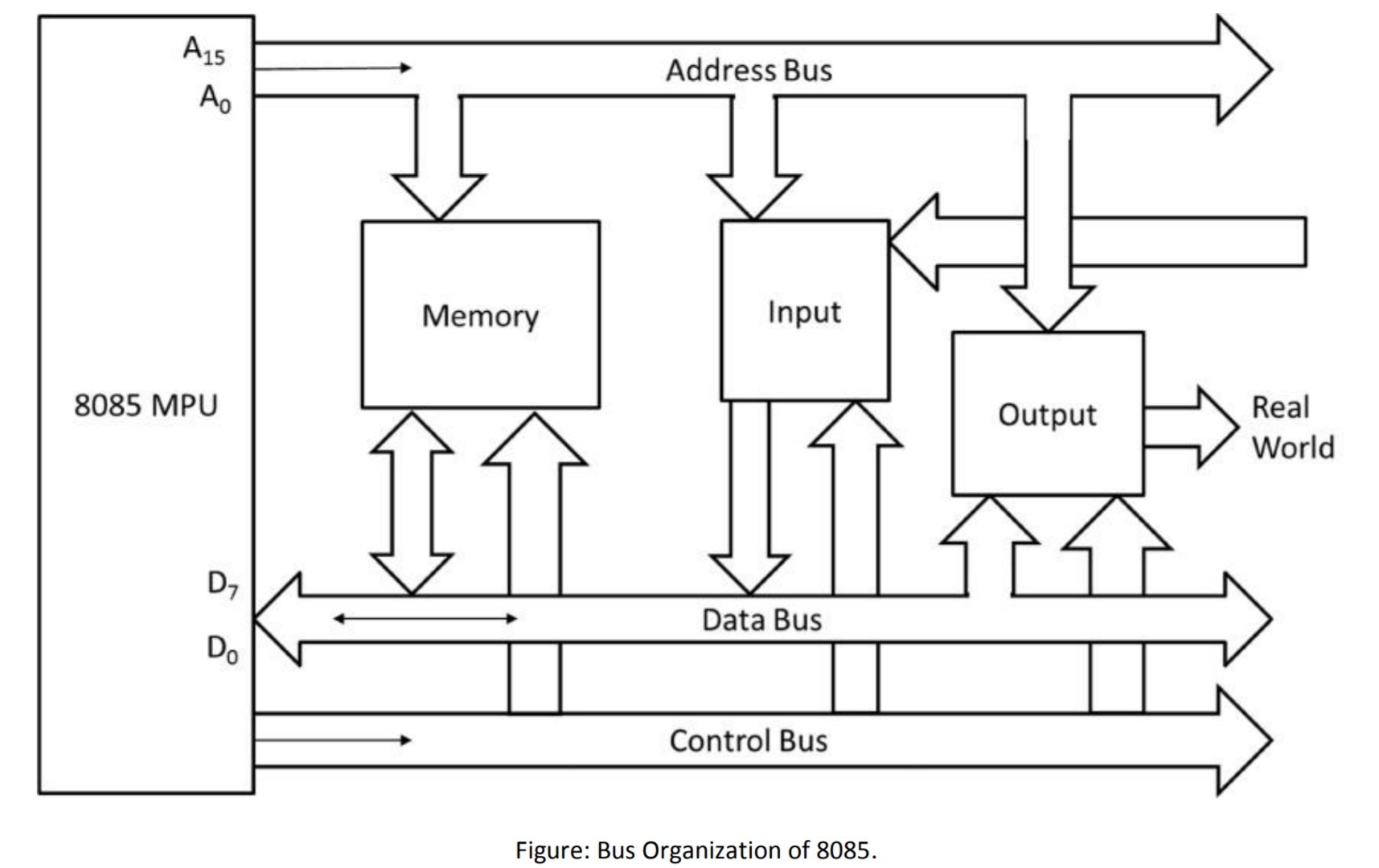 Bus is a common channel through which bits from any sources can be transferred to the destination. A typical digital computer has many registers and paths must be provided to transfer instructions from one register to another. The number of wires will be excessive if separate lines are used between each register and all other registers in the system. A bus organization consists of about 50 to 100 separate lines each assigned a particular meaning or function. Although there are many different bus designers, on any bus, the lines can be classified into three functional groups; data, address, and control lines. In addition, there may be power distribution lines as well. the types of bus organization of 8085 microprocessor are;

It is a group of conducting wires, which is used to generate timing and control signals to control all associated peripherals, the microprocessor uses control bus to process data.some of the control signals are: