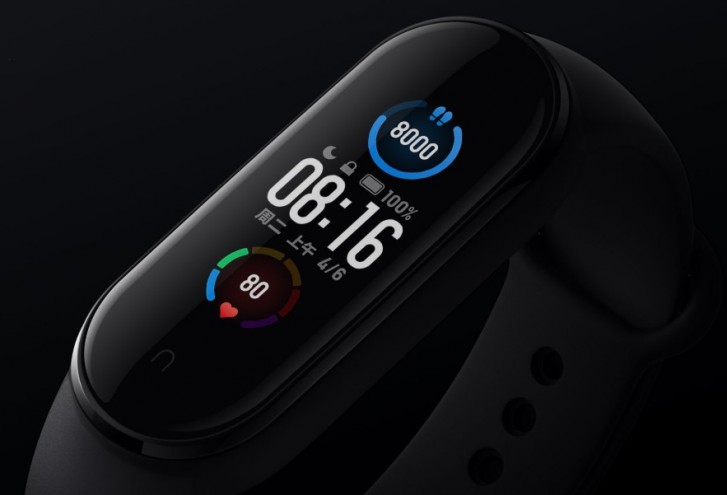 When Xiaomi launched MI band 4 last year, immediately it gained a huge following. The fitness tracker had so many features in a budget. and now Xiaomi has launched the next-gen smart band which has so many new and cool features. The Xiaomi MI Band 5 will defiantly sell like hotcakes.

Let us look at what new updates the smart band will have.

The display of the new smart band is bigger with a 1.1-inch coloured AMOLED display. Likewise, the Mi band 5 has 100+ new animated watch faces from popular animated series. This new feature really grabs the attention of all the anime lovers out there.

Talking about the sensors, the Mi smart band 5 comes with a heart rate sensor, accelerometer, gyroscope, and a proximity sensor. The company claims that the sleep tracker is 40% more effective than its predecessor. The band also has a new feature for women. They can now track their menstrual cycle with the help of women’s health mode.

The fitness tracker also comes with social media notifications, music control, incoming calls, weather updates, and so on. There is also a PAI (Personal Activity Intelligence) score that gives a better understanding of overall well-being and fitness. Likewise, the new remote control camera feature that allows taking pictures from the smartphone.

The Xiaomi Mi smart band 5 has 2 variants, with NFC and without NFC. The NFC version allows users to make payments through the smart band. Moreover, The smart band has a 125 mAh battery which will last up to 14 days, according to the advertisements.

To be available across Mi stores and all the online partners of MI.