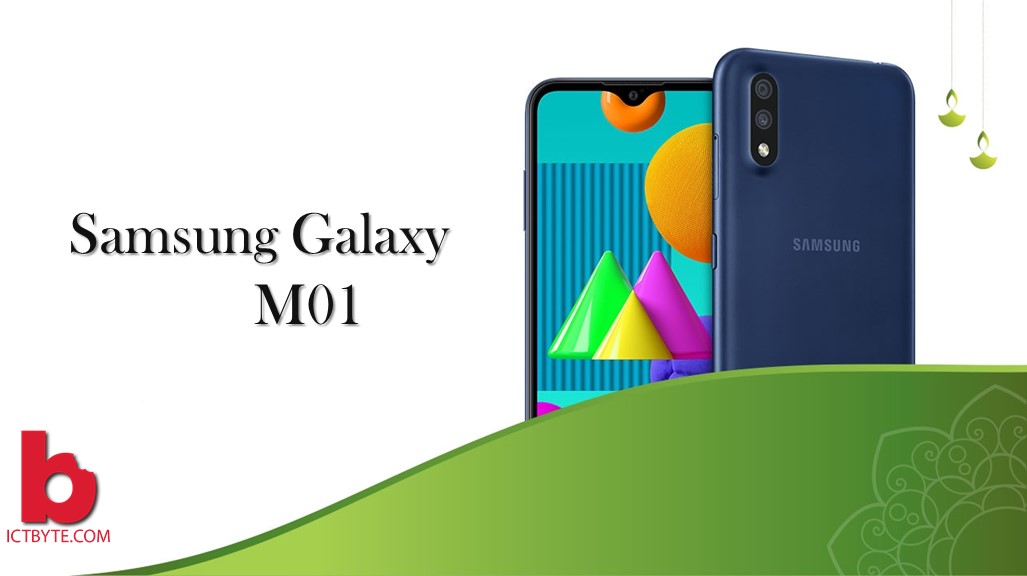 A new member of the Samsung M series was launched in Nepal recently, Samsung Galaxy M01. With the growing popularity of budget and midrange phones, Samsung with the M series has been maintaining its position. Let us look at the specifications and features of the Galaxy M01 along with its price in Nepal.

The SamsungGalaxy M01 has a dimension 147.5 x 70.9 x 9.8 mm and weighs 168 g. Similarly, it has a 5.7-inch, PLS TFT touchscreen. The phone has a notch for selfie camera on the front. Likewise, it is available in 3 colours: Black, Blue, Red. It has a Glass front with plastic back and a plastic frame.

The rear camera has Dual cameras which include, 13MP wide lens and 2MP Depth sensor. It also has an LED flash on the back.

Similarly, for the front camera, we have a single 5MP selfie camera. The camera works decently however, the pictures are a bit noisy. Likewise, it captures videos in 1080p@30fps.

Similarly, the battery of the phone is 4000 mAh that comes with a 5W charger. The battery will last a day.

In Nepal, the price of the phone is Rs. 14,999. It is available in all the offline as well as online stores of Samsung all over Nepal.

As it is a phone of Rs. 15K, there aren’t any high expectation. However, see other brands like Infinix, Xiaomi providing more in the same price line, Samsung really has to up its game. And proving only a charger of 5W and not having a fingerprint reader. Come on Samsung you can do better than that. The specs of the galaxy M01 is similar to A01. The only difference is a slightly bigger battery.