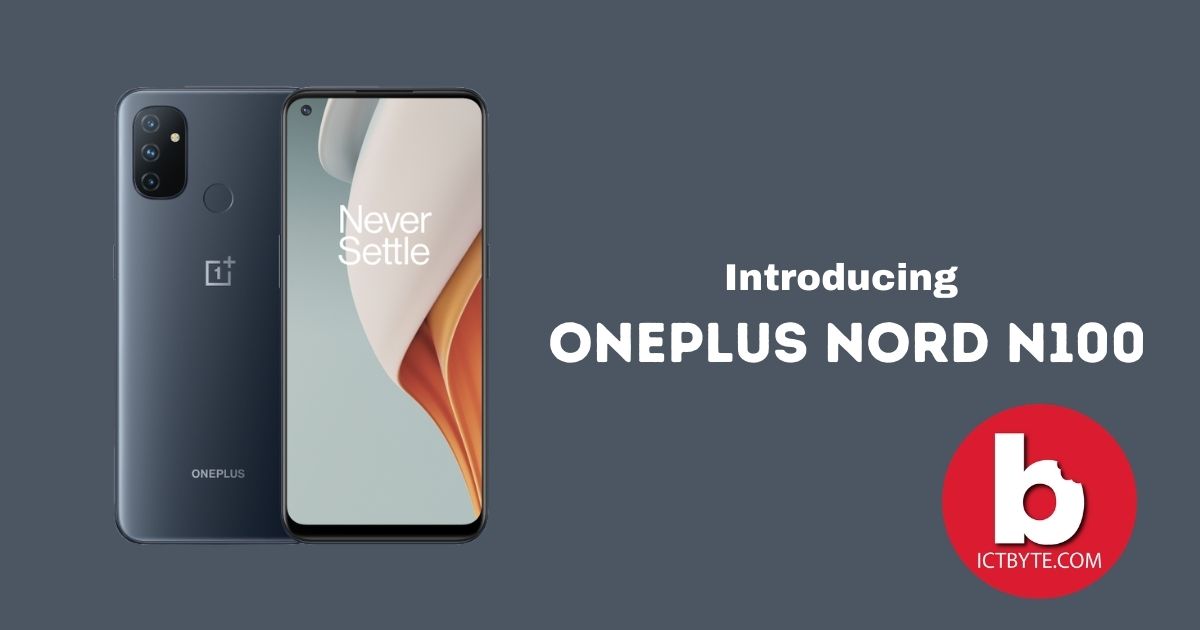 Now let’s take a look at its specs, features, and expected price of Oneplus Nord N100 in Nepal.

OnePlus runs on Oxygen OS based on Android 10. The phone is powered by Snapdragon 460 chipset with 4 Cortex A73 performance cores. This chipset is very common on budget handsets. The phone has 4GB RAM and 64GB onboard storage. The storage in N100 is expandable via microSD card up to 256GB. This is the first time that Oneplus has included microSD card expansion slots on its phones.

This smartphone features a big 6.25-inch HD+ IPS LCD display and its refresh charge is 60 Hz. Its screen resolution is 720×1600 pixels. Likewise, it is available in just one color which is Midnight Frost.

It is made up of plastic on the back and sides, and the display is protected by a Gorilla Glass 3. It has a triple rear camera of 13MP main sensor, and 2MP macro and Bokesh sensor each. It comes with a fingerprint scanner which is situated on the back of the phone.

Oneplus Nord N100 comes with a non-removable battery of 5000mAh which can be charged via Type C USB port. The fast charging 18W charger will fill the battery when drained.

As it has not been launched yet in Nepal, the expected price of this smartphone is Rs.25,000. It is expected that this Nord series will be launched in mid November in Nepal. The other Nord series are a huge success. With the mid price range and its features, Oneplus Nord N100 may join the group of successful Nord series of Oneplus too.