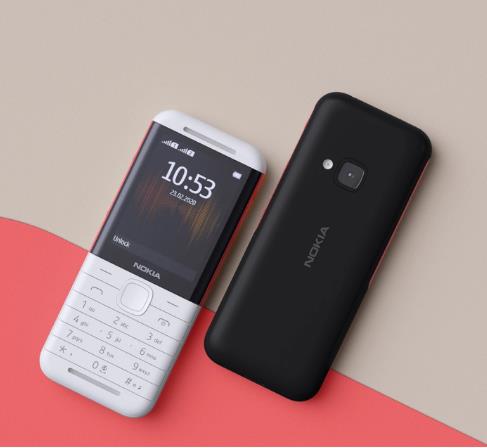 When Nokia came back in 2016, it gave us nostalgia. Likewise, we remember legendary games like snake and bounce we used to play. And also the battery life and the strong build-up quality were amazing. I’m glad that the company, with smartphones, also brought those bar phones back with some new specs. Similarly, the reports say that Nokia is going to launch the Nokia 5310 bar phone soon.

Nokia 5310 is a is an upgraded version of the classic Nokia 5310 Xpress Music. Let us look at some of the features and specifications of the phone.

The phone runs on the Mediatek MT6260A chipset. As it is a bar phone we cannot expect much from it in the performance sector. The bar phone has 8 GB ram and 16 GB storage. The phone also has a micro card slot.

Talking about the camera, The phone has a single camera on the back. It is a 0.3MP VGA camera with LED flash.

Similarly, the battery of the phone is a 1,200mAh battery that can be removable. As it is a bar phone, the battery will last a day or more than that.

Talking about the connectivity, the phone offers,  Bluetooth 3.0, FM radio, and 2G internet.

The phone is available in White/Red and Black/Red colours.