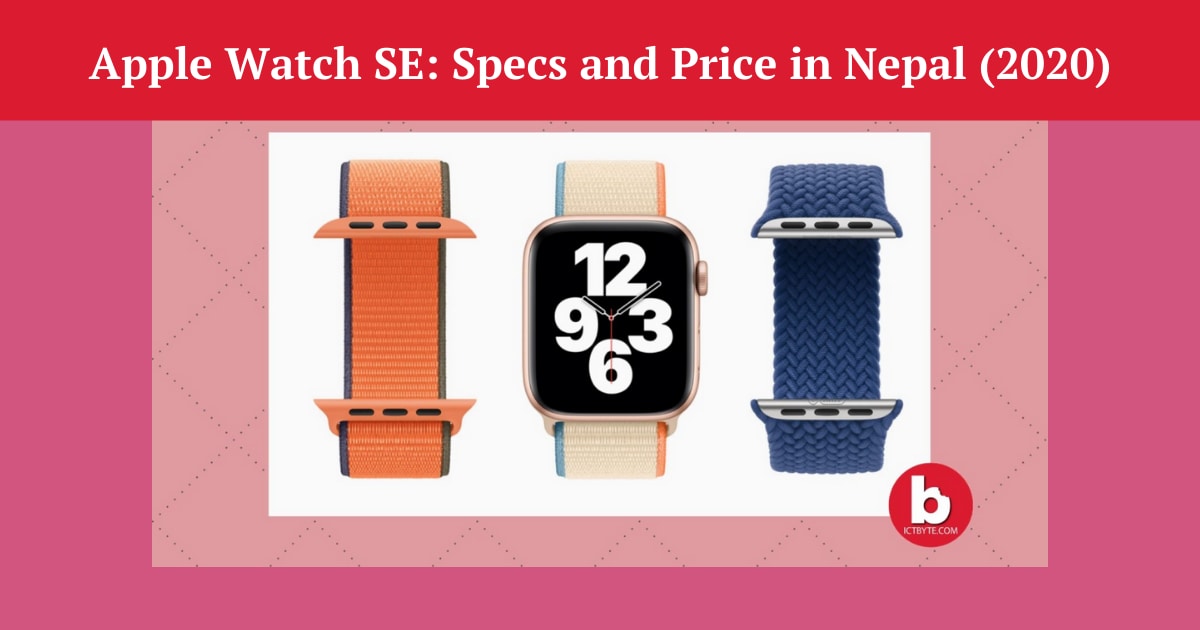 Released on September 18 the successor to the three-year-old Apple Watch Series 3, The new Apple Watch SE is an affordable model. This smartwatch comes in 40mm and 44mm case sizes, and GPS and GPS + Cellular versions. It has An expansive Retina display, advanced sensors, and Powerful features which makes it a lot of watch for a lot less than you expected.  Below are the specifications and prices in Nepal.

This smartwatch is powered by an S5 chip dual-core processor and W3 wireless chip and runs on new WatchOS 7 with PowerVR graphics. It has 32GB memory storage and can resist water up to 50m deep.

With an aluminum case, the new Apple Watch SE comes up with the same classic squared design as Apple 5 so nothing is new in design. It is available in two sizes 40mm and 44mm with Retina LTPO OLED capacitive touchscreen display. The 40mm weighs around 30g and the 44mm weights around 36gm. There’s no always-on display option with the SE model, as there is on the Apple Watch 5 & 6.

Powered by a non-removable Li-Ion battery the smartwatch has a battery life for 18 hrs and takes about 2 hrs to fully recharge.