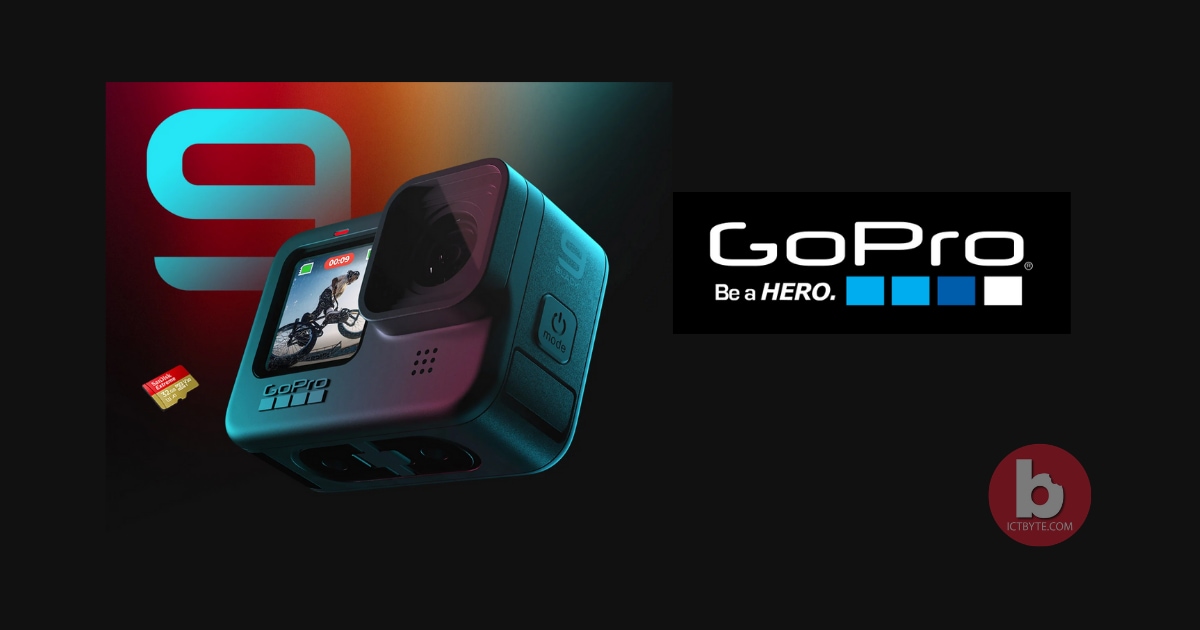 GoPro launched a powerful and versatile camera GoPro Hero 9 Black last month and is now available in Nepal. The new flagship GoPro camera has a new front display, Increased battery life, and a detachable lens. Focusing on Vlogging it can shoot high-quality 5K videos with various camera modes. Below is the GoPro Hero 9 Black Specs & Price in Nepal.

The new GoPro is 10% bigger and heavier than GoPro Hero 8 Black. The Hero 9 Black has a new addition which is a 1.4-inch color display at the front. The front display isn’t touch-sensitive and includes status modes and live preview feature. It has a larger rear 2.27-inch rear touchscreen which isn’t as responsive as previous GoPros. The GoPro weighs 158g and can resist water up to 33ft (10m) deep.

The New 23.6MP sensor brings 5K video resolution at 30 frames per second is the attention-grabbing headline feature of the new GoPro Hero 9 Black. This means it can capture more detail than any GoPro so far. Also at 4K, you can have 60fps. Even cooler, move it down to 1080p and you will get an ultra-slow, ultra-smooth 240fps. It takes photos at 20MP resolution.

As the new front display is added the GoPro has greater battery demands. As a result battery’s capacity is 40% bigger and capacity of 1,720mAh battery. Due to this change, the new GoPro isn’t backward compatible with GoPro 8 and GoPro 7.