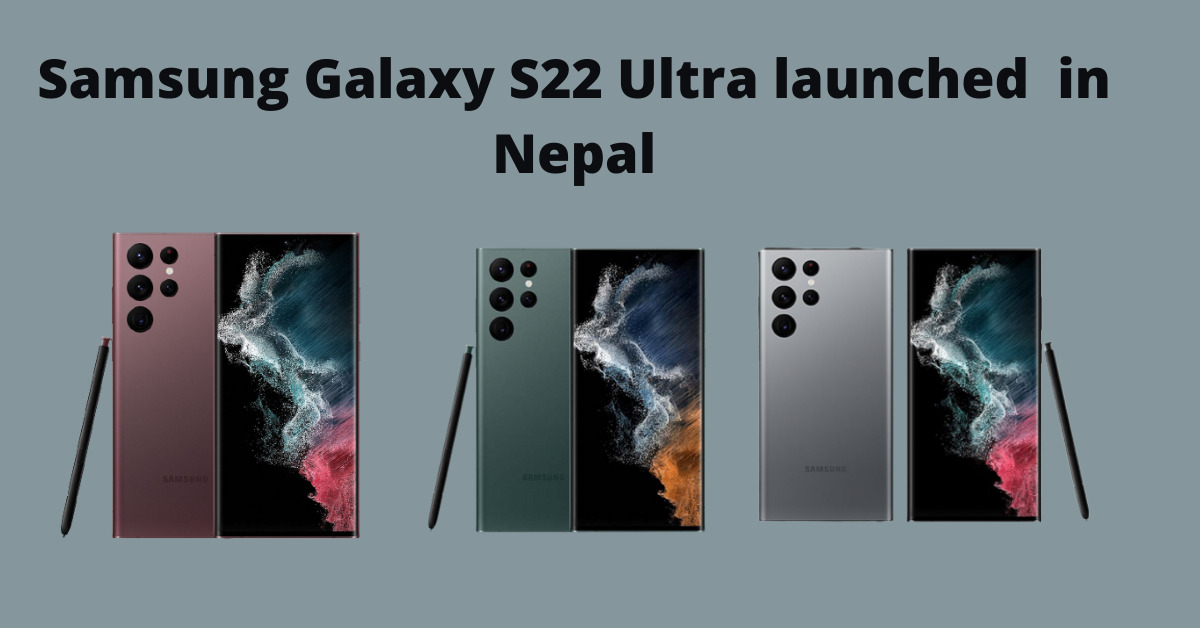 Samsung Nepal has finally launched Galaxy S22 Ultra during the “Galaxy Unpacked” event. The event unveiled three new Galaxy phones as well as the Galaxy Tab S8 series. Let’s take a look at the Samsung Galaxy S22 Ultra price in Nepal along with its features.

The S22 has a boxy design that resembles the Galaxy Note 20 Ultra when compared to its predecessor. It comes with a brand-new camera housing. The S22 Ultra has a built-in S pen that has a 70% lower latency.

The S22 Ultra features a 6.8-inch QHD+ Dynamic AMOLED 2X Infinity-O Display with a peak brightness of 1750 nits and a resolution of 1440 x 3080 pixels. It features a cinematic 19:3:9 screen ratio for a better viewing experience, 500 PPI density, and a 240Hz touch sampling rate. Both the front and back panels are protected by Gorilla Glass Victus. This display includes a new feature called “Vision Booster,” which improves the visibility of the screen based on the intensity of the ambient light. Similarly, the device is water and dust-resistant, with an IP68 rating.

Adaptive Pixel is a new feature that dynamically switches between 12.5MP and 108MP based on the surrounding light. Detail Enhancer, Auto Framerate, and Super Night Solution are among the other new software features on the Samsung Galaxy S22.

The S22 Ultra features a large 5000mAh battery that supports 45W fast charging and 15W wireless charging. According to the manufacturer, charging to 50% capacity takes 30 minutes.