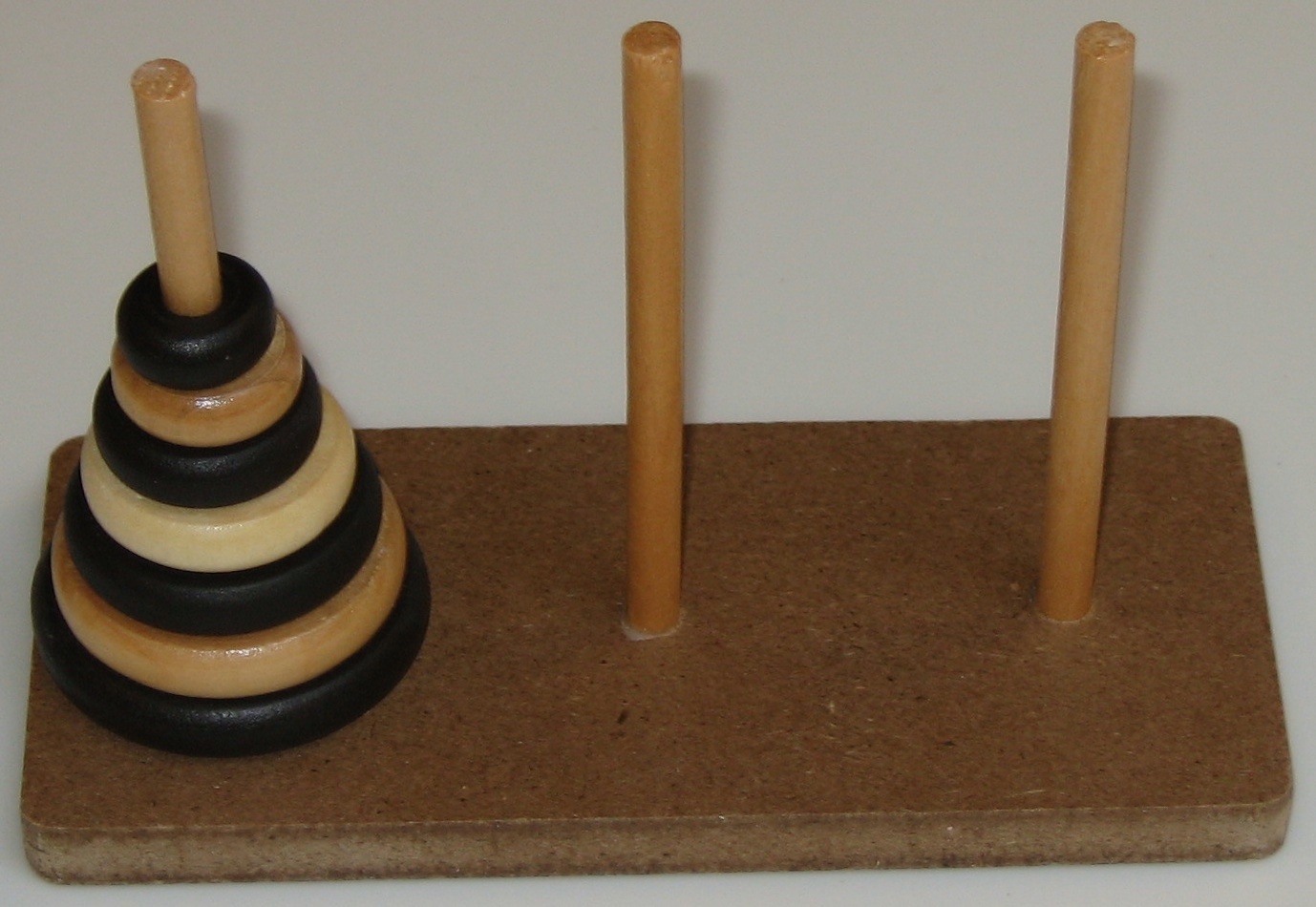 Tower of Honai: The tower of Hanoi was invented by a French mathematician Édouard Lucas in the 19th century.

A Tower of Honai is simply a game problem. It is based on three pegs i.e source, middle and destination and a set of a disk of the different sizes.

Each disk has a hole in the centre so that it can be stacked on any of the pegs. Here we have to see how we can use recursion to produce a logical solution.

1. Only one disc can be moved at a time.

2.Each disk must be stacked on any one of the pegs.

3.Transferring the disk from the source peg to the destination peg such that at any point of transformation no lager size disk is placed on the smaller one.

Algorithm for Tower of Hanoi:

Application of Tower of Hanoi

Tower of Hanoi is common dynamic programming which is used in the various programming challenges.